Apple released iTunes 11 to the masses today, and while it includes some great new features, we here at MacTrast thing they missed a few tricks – and they’ve also left out a few features from previous versions of iTunes! We’ve rounded up the top 7 features we think they missed! 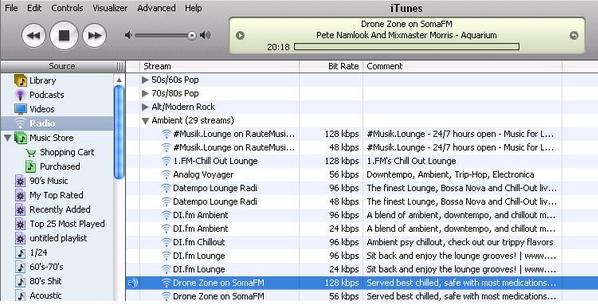 In previous versions of iTunes, Apple included a Radio tab in the left-hand sidebar, complete with a full collection of internet audio streams of all varieties. In iTunes 11, the Radio feature appears to be missing. While you can still stream audio if you have the stream URL, iTunes no longer provides a directory of presets. You can also no longer set up radio shortcuts, forcing you to track down the stream URL again every time you want to listen.

Update: As many readers have pointed out, the iTunes Radio feature is still included, but has moved to the “Radio” tab within the “Music” pane. Some people aren’t seeing the tab at all, however, and must re-enable it by entering the iTunes preferences, and selecting the Radio box in the General pane. 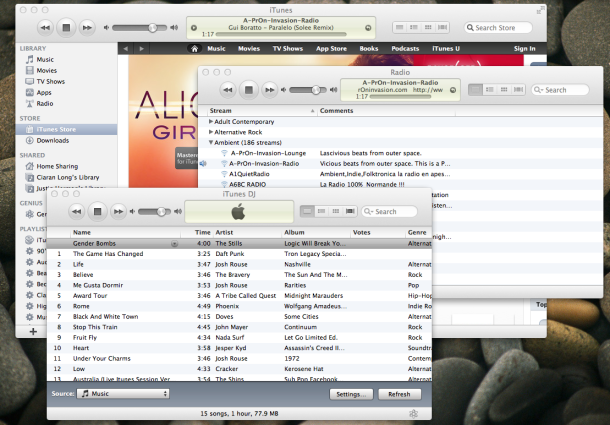 iTunes 11 is all about simplicity – much like the iPhone and iPad interface. But along with that comes a lessened ability to use iTunes like a power user, breaking various functions (like the App Store, listening to streaming radio, or iTunes Match) into their own separate windows while continuing to work in the main interface.

Being limited to just one window can feel crippling to those that were use to spreading things out in iTunes. Ah, the price we pay for simplicity…

For years, iTunes has included a feature called iTunes DJ, which allowed you to choose and play random songs while giving you a number of ways to control the actual play order. That feature has now been replaced by a new feature called “Up Next.” While Up Next is clever, it’s not quite the same as the iTunes DJ we’ve come to know and love.

Remember Cover Flow? That slick way of viewing and flipping through your album art just like you were shuffling through a box of old vinyls? With iTunes 11, Cover Flow has gone the way of the Dodo. While some argue that it was time for Cover Flow to die, I still enjoyed it – and I can’t be the only one! 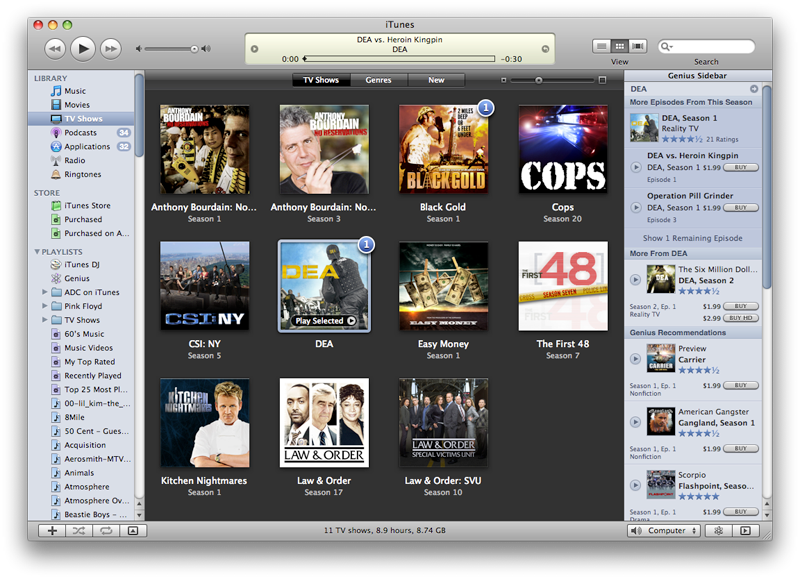 Apple’s default view in iTunes 11 has removed the useful left-hand side bar, which has been with iTunes for years, and makes it simple to quickly view connected devices and navigate through your media. Fortunately, you can get it back with a simple setting change – but what you can’t get back is the other right-hand sidebar, which was used to offer quick Genius recommendations based on the currently playing track. Some of those recommendations are now much harder to get at.

Will the right-hand sidebar be missed? I already miss it – and I’m sure others miss it as well.

The ability to play numerous songs back-to-back with no break in between has always been a landmark feature of iTunes – and it’s important for playing back live albums, or other albums that were ment to be played continuously, such as The Wall by Pink Floyd. While gapless playback itself works in iTunes 11, you can no longer tweak the gapless settings for your existing albums, which can disrupt the experience of listening to certain works of art the way they were meant to be heard!

Update: Some readers are claiming that the gapless playback editor still exists – but the fact remains that the “Part of a gapless album” tick box within Get Info is simply not available for many albums. Instead, iTunes attempts to handle this on its own, but in many cases, it doesn’t determine gapless albums correctly.

These next two features were never included in iTunes – but many think they should have been, and iTunes 11 would have provided a great opportunity to introduce them! I’ve lumped these both into  collective Missing Feature #7.

Sure, you can download a preview of an iBook to you iOS device, but how great would it be to be able to read a quick chapter of a book you’ve been reading on your iPad while you’re taking a break while working on a project on you Mac? Amazon has had a Kindle reader available for computers for quite awhile. I’m just saying it’s time for that to happen with iBooks.

One of my long-time gripes with the iTunes and iCloud restore processes for iOS devices is that it’s an “all or nothing” approach. You have to restore all of a device’s settings or content, or none at all. The ability to restore only settings (such as folders and home screen arrangement), or even select which settings or content you would or wouldn’t like to restore, would be extremely helpful. Setting a device up “new” just to waste time adjusting many of the  settings back the way you had them on a previous device is an obnoxious chore that I wouldn’t mind doing without.

All in all, I feel that iTunes 11 is a step forward – but I do fear that Apple has chosen to remove a fair bit of functionality in their never-ending quest for simplicity (or at least what they consider simplicity). Are there other features you’ve noticed are missing in iTune 11? Do you find the exclusion of any of these features to be bothersome – perhaps so much that you wish you’d never upgraded? Let us know in the comments!

And don’t worry – you can always downgrade to iTunes 10.7 if it really gets you down!