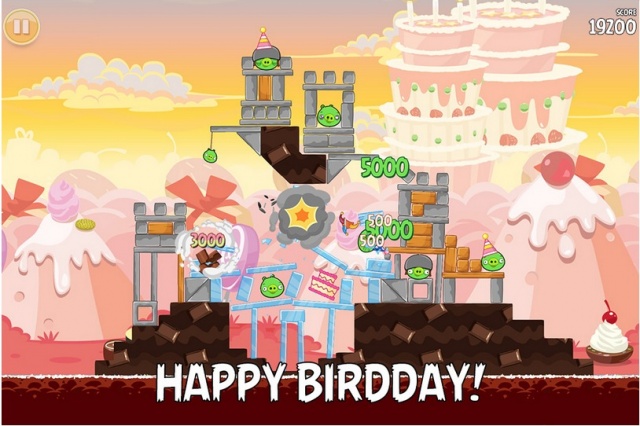 Rovio is celebrating the third anniversary of Angry Birds by releasing 30 new levels for the original Angry Birds, as well as updating the game with iPhone 5 support, and introducing the Pink Bird as a playable character for the first time!

Happy Birdday! Can you believe that Angry Birds is turning three? We sure can’t! Celebrate with 30 NEW LEVELS, birdday cake, and the bubbliest bird ever — Pink Bird! But watch out for the cake — it’s not a lie, but it packs a BIG punch!

It’s pretty amazing that any mobile game could still be so popular a full three years later – in fact, it has increased tremendously in popularity instead of decreasing at all! Rovio also announced earlier today that an official Angry Birds movie will be hitting theaters in Summer 2016. That’s a heck of a 3rd birthday present!

Angry Birds 3.0 is available now – and make sure to check out Rovio’s entire collection on the App Store! It’s a birthday celebration, after all!