A few months ago the iPad was the only tablet to boast a Retina or better display, but now that’s all changed. First Google released the Nexus 10, and now French company Archos has announced its 97 Titanium HD Tablet, which has a 2048 by 1536 resolution. Unsurprisingly, it also looks a lot like the iPad. 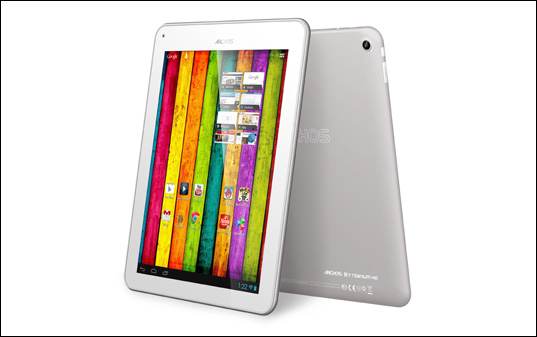 In essence, the spec is exactly the same as the iPad, 9.7 inch Retina display, 2MP (front) and 5MP (rear) cameras, and a dual core A9 chip.

It also looks very similar cosmetically, with the white bezel and the curved edges.

The Titanium HD runs Jelly Bean 4.1, the standard for most Android tablets in 2012, and will obviously feature a lot less apps than the iPad.

While the price hasn’t yet been announced, this could really undercut the iPad, however whether it’s going to be a hit is another issue entirely. The realistic competitor though is the Nexus 10, with the iPad an unlikely target to beat.