That sound you heard over the weekend was 10 million slaps to the face of Apple. According to Googler Jeff Huber, the company reached 10 million downloads of Google Maps for iPhone in less than 48 hours. 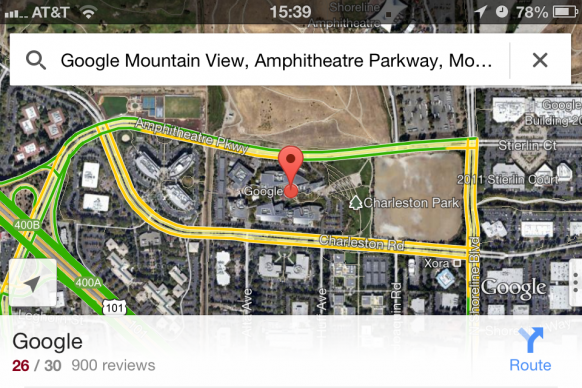 We’re excited for the positive reception of Google Maps for iPhone around the world. Congratulations to the Maps Team on the recognition for the passion and hard work they poured into it, for this release and over the last 7+ years.

Apple dropping Google from iOS 6 is turning out to be one of the best things to happen to the mobile maps space. Crowdsourced Waze is great for driving directions, Apple’s own Maps for iOS has a gorgeous interface, Yelp reviews, and cool 3D building views, and now Google Maps for iPhone is putting the pressure of 10 million+ users on everyone to iterate and tweak their own maps.