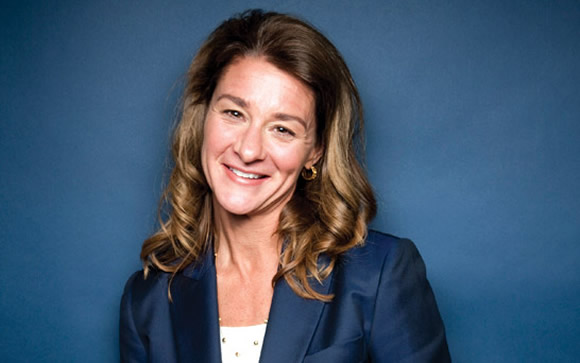 Asked whether her two daughters and son had asked for an iPod, she replied “of course they ask”.

“But they get Windows technology,” she added.

She continued, saying “The wealth from our family came from Microsoft so why would we invest in a competitor?”

Microsoft has so far failed to compete with Apple in the world of electronic gadgets, it’s iPod “killer,” the Zune, was a flop. Recently Microsoft has stepped up their efforts, producing Windows Phone 8 to vie against the iPhone, and releasing the Surface tablet to battle the iPad. So far, neither have made up any ground against Apple’s devices.

Mrs. Gates has admitted in the past that she has been tempted by the forbidden fruit. “Every now and then I look at my friends and say ‘Ooh, I wouldn’t mind having that iPhone’,” she told Vogue magazine in 2009.

In spite of Gates embargo against fruit products, photos were published last year that appeared to show Jennifer, the couple’s 16 year old daughter holding an iPhone while jogging in Sydney, Australia.