News Corporation has announced that it will be shutting down its digital newspaper The Daily on December 15. 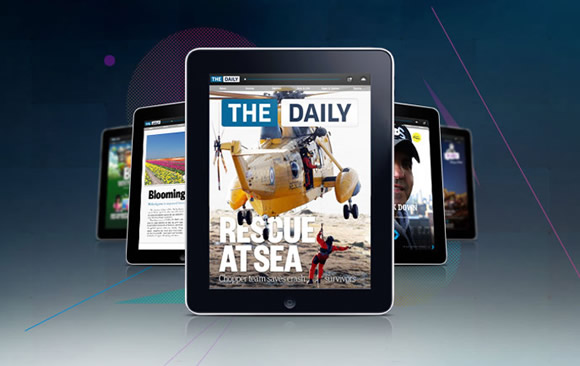 The Daily launched in early 2011 at a media event hosted by Rupert Murdoch and Apple’s Eddy Cue, with the iPad-focused newspaper positioned as a groundbreaking new publishing paradigm priced at just $0.99 per week.

[E]ffective immediately, Jesse Angelo, the founding Editor-in-Chief of The Daily and long-time Executive Editor of The New York Post, will assume the role of Publisher of The New York Post. As part of a digital restructuring initiative, the company will cease standalone publication of The Daily iPad app on December 15, 2012, though the brand will live on in other channels. Technology and other assets from The Daily, including some staff, will be folded into The Post.

Mr. Murdoch said: “From its launch, The Daily was a bold experiment in digital publishing and an amazing vehicle for innovation. Unfortunately, our experience was that we could not find a large enough audience quickly enough to convince us the business model was sustainable in the long-term. Therefore we will take the very best of what we have learned at The Daily and apply it to all our properties. Under the editorial leadership of Editor-in-Chief Col Allan and the business and digital leadership of Jesse, I know The New York Post will continue to grow and become stronger on the web, on mobile, and not least, the paper itself. I want to thank all of the journalists, digital and business professionals for the hard work they put into The Daily.”

In addition to its attempt to make a mark as a new newspaper publishing model, The Daily also paved the way for Apple’s In-App subscription effort, which allowed users to easily sign up for subscriptions within apps and have them billed to their iTunes Store accounts.