Leap Motion’s intriguing gesture control system is currently available only through pre-order, but when it does launch, it will be available at the retail level exclusively at Best Buy stores and BestBuy.com 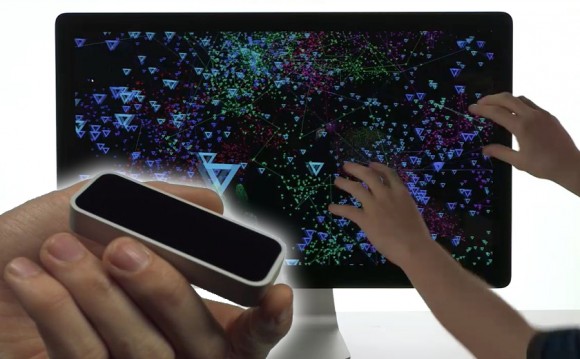 The company has announced an exclusive US partnership to sell through Best Buy’s stores and site, and it will begin taking pre-orders through BestBuy.com in February — it’ll continue accepting them through its own site as well, especially for non-US customers. The $69.99 device will then ship later in the quarter; CEO Michael Buckwald has previously told us its first official production run could number hundreds of thousands or even millions of units.

Leap Motion recently announced a partnership with Asus to ship the device bundled with PCs, but it’s nice to see it will also be available to the rest of us through a retail location. The company says the partnership with Best Buy will give it a “massive consumer audience.” And Best Buy gets exclusive retail sales rights to an intriguing new device that is sure to pique the interest of buyers if presented properly.

I’m pretty sure I’ll be tempted to part with the green to be able to play with one. How about our readers? Will any of you be picking up one of these when they become available?