The Wall Street Journal reported on Friday that the U.S. Federal Aviation Administration will soon relax the rules covering the use of electronic devices at low altitudes. The revised rules may soon allow users to use their iPads and other electronic devices during taxiing, takeoffs, and landings. 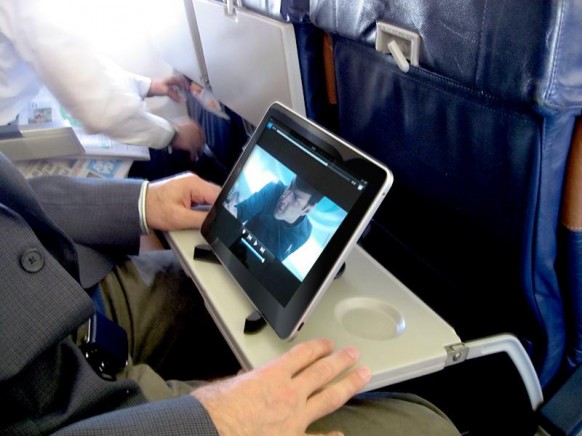 Devices like e-readers may see the rules relaxed to the point where they are usable throughout a flight. However, cell phones are expected to remain off limits, as the commission tasked with examining the issue was not cleared to look at the use of phones.

According to airline industry research, roughly a third of airline passengers reported that, at least once, they left a device active throughout a flight.

Airlines that pass rigorous testing would be OK’ed to allow passengers “expanded gate to gate use” of personal electronic devices. Passengers would not have to deactivate their devices at any time during the flight.

The rule change could result in varied safety announcements, according to what type of plane is being flown. Planes with a limited amount of protection from device interference would see passengers being asked to power down their devices, just like the current practice for all flights. Medium protection planes would allow devices such as e-reader to be left on, while passengers on high protection airplanes would be free to use their electrical devices gate-to-gate.

The FAA’s draft rule revisions are subject to debate, and could see significant changes before their final release.