Microsoft may have pulled off a coup by selling its Surface 2 tablets to Delta for use as an electronic flight bag, but that doesn’t mean the airline’s pilots have to be pleased about it. 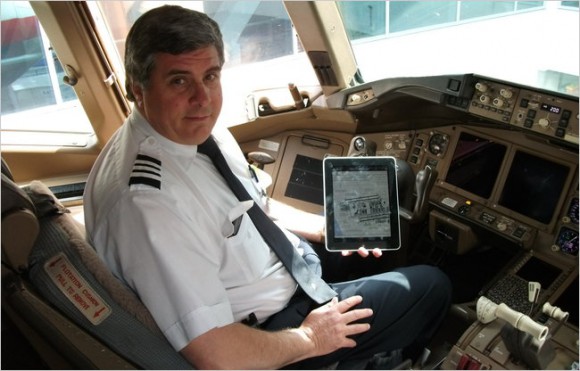 “We fought hard for iPad,” a pilot working for the airline told AppleInsider. He described the Delta deal as being about money, travel contracts, and Delta’s Information Technology staff historically being “in bed” with Microsoft.

Delta began trying out the iPad as an electronic flight bag back in late 2011, right after the Federal Aviation Administration approved Apple’s device for cockpit use. It also purchased thousands of iPad for use in its airport restaurants.

Many observers were surprised when the company announced its plans to use the Surface 2 devices immediately following Microsoft’s unveiling of the devices, saying only that it plans to have the new tablets “fully operational within two years.”

The lengthy timeframe could be related to the small fact that the Surface 2 reportedly hasn’t even been studied by the FAA for use as an EFB. The FAA makes no mention of the device in its authorization documents.

However, PCMag reported that “Delta expects to receive approval from the FAA to use the tablets during all phases of flight next year. That approval will follow an extensive testing period onboard the Boeing 757 and Boeing 767. Approvals for all fleet types are expected by the end of the year.”

The Wall Street Journal estimates that Delta will save $13 million in fuel costs by moving to EFBs, so a two year delay in moving to the Surface 2 as an EFB could cost the airline millions in added fuel costs.

While it’s highly unlikely Microsoft will be selling the Surface 2 in two years, it is possible they will have a good supply of them in a warehouse somewhere. Microsoft recently attempted to move its backlog of the original Surface tablets via a “fire sale” to schools. Eventually it had to start giving them away to schools that would promise to use the company’s Bing search engine in the place of Google.