A report today discusses how Apple design chief Jony Ive is working alongside retail head Angela Ahrendts in order to take the Apple Retail Store chain in a new direction. The duo are said to be focusing on bringing a “premium feel” to both the stores and Apple’s product packaging, beginning in July. 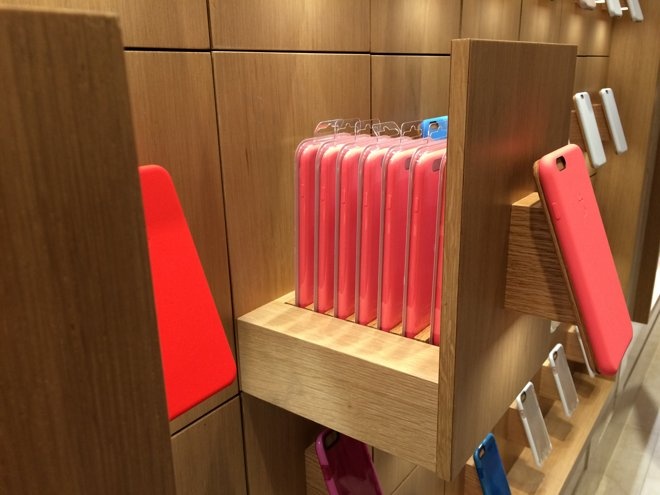 Apple will apparently be working to create more uniformity among accessory displays in its stores, according to Macotakara. It was also said that Apple’s own packaging for accessories will be largely in white.

The report also notes that Apple will reduce the number of products it offers in its stores, focusing only on those high-quality products that will lend to the “premium feel” of the stores.

The report also included information about Apple’s new Upper East Side Manhattan store which displays its accessories, such as iPhone cases, using new wooden cabinets that include drawers with an accessory mounted to the front, and which slides out to reveal a drawer full of units of that accessory available for purchase. It isn’t known whether this type of cabinet will be included as a feature in the revamp Ive and Ahrendts are said to be working on.

Ive and Ahrendts are aiming to make Apple Stores more fashionable, in order to craft a better environment for selling the company’s new Apple Watch, which just became available for in-store Personal Pickup this week.