Apple on Thursday uploaded the humorous “Backstage” video used to kickoff the Keynote address for WWDC 2015 on Monday. In the video, Bill Hader, best known for his work on Saturday Night Live, played director David LeGary, as he prepared for the conference’s big opening. 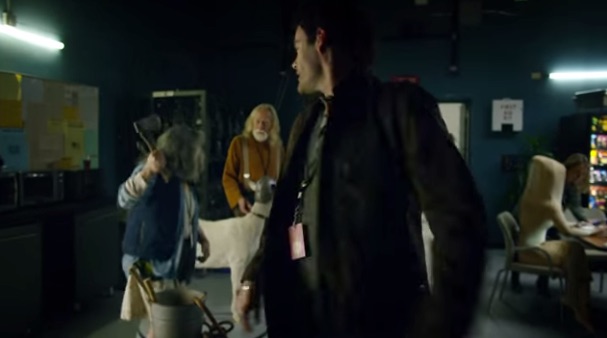 As of this afternoon, Apple’s uploaded the “Backstage” video to YouTube, giving those who missed the WWDC keynote live stream a chance to watch the opening act.

The parody makes mention of several apps, including Angry Bird and Tinder, and contains numerous cameos from “app mascots” such as the goat from Goat Simulator, (who nearly meets a grisly fate). Community’s Danny Pudi even shows up to do a rap performance about developing apps.

The video winds up with a power failure, leaving just a water bottle and a laptop available for the Keynote. “All right, we’ll work with it,” says Hader to close the video. “I’ll tell you what, whoever walks out there better have something incredible to say. […] Either way, we’re gettin’ free Watches out of it…”