When Apple made the announcement that Apple Pay was coming to the U.K. in July, major bank Barclays was missing from the list. While the bank is reportedly in “constructive talks” with Apple, there may be another reason the company has been reluctant to jump aboard the Apple Pay train. 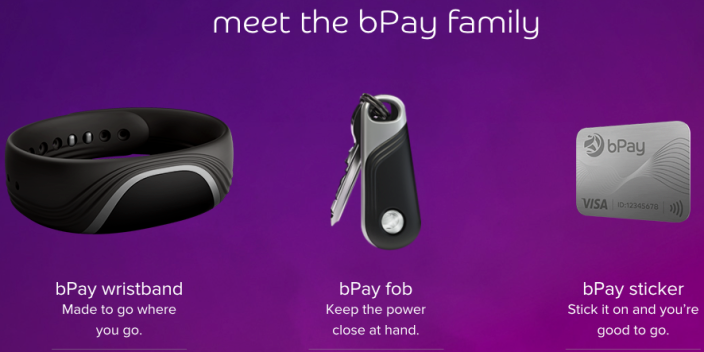 CNET reports that Barclays is hoping to persuade its customers to use its own bPay mobile payment service instead. Rather than embedding a virtual card in an iPhone app, the company wants people to apply a sticker to the back of their phone – or carry a keyfob or wear a wristband …

Barclay’s bPay isn’t a new payment platform, it merely embeds a contactless card chip into a sticker, keyfob, or wristband. bPay offers no additional layers of security over normal contactless cards, so the usual transaction limit applies. If you lose any of the bPay devices, anyone that finds it can use it to make purchases. Oh, and the bPay sticker will cost users £15, the bPay fob is £20 and the bPay band is £25.

In place of connecting to an existing account, bPay instead requires opening a prepaid account separate from your bank account. The account will need to be manually or automatically topped-off when it runs low.

Users don’t need a current Barclays account to use bPay. Anyone 12 or over that has a U.K. debit or credit card from Visa or MasterCard can become a bPay user.