A number of bloggers and news sites are upset over a mass email sent by Apple to introduce them to Apple News, the new app for iOS that will deliver curated news stories, which will include custom layouts, photo galleries, and other features to iPhone and iPad users. 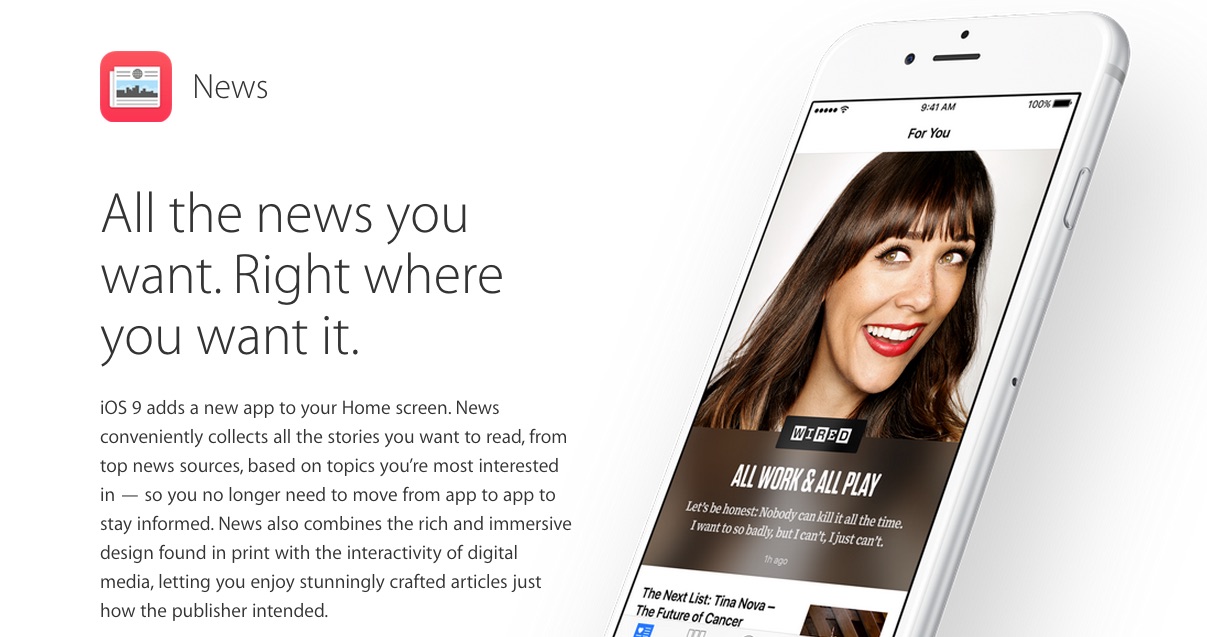 The email has ignited some controversy in the news and blogging community over the past week, according to the BBC, which reports that some writers are disappointed about Apple’s decision to automatically include a website’s RSS feeds in Apple News unless they specifically opt out by replying to the email.

“Let me get this straight, Apple: you send me an e-mail outlining the terms under which you will redistribute my content, and you will just assume that I agree to your terms unless I opt out?” wrote Plausible Labs programmer Mike Ash via his personal blog. “This makes typical clickwrap EULA nonsense look downright reasonable by comparison. You’re going to consider me bound to terms you just declared to me in an e-mail as long as I don’t respond? That’s completely crazy. You don’t even know if I received the e-mail!”

Many are concerned Apple’s email might wind up buried in a spam folder, or may be overlooked. This could lead to Apple’s including their content in Apple news without their knowledge or consent.

The email contains the following information:

Apple News is one of the major new features in Apple’s upcoming iOS 9 release, so they are making the move to include as much content as possible when the new platform is launched. However, a number of publishers would have preferred that Apple had setup their inclusion in the service as an opt-in, in place of the opt-out route the company chose.