Apple has been in talks with a number of artists to set up exclusive content deals for their new Apple Music streaming service which launches on June 30. Now comes word that at least one of those sets of talks has bore fruit. Pharrell Williams is apparently one of the first artists to make a deal with Apple. 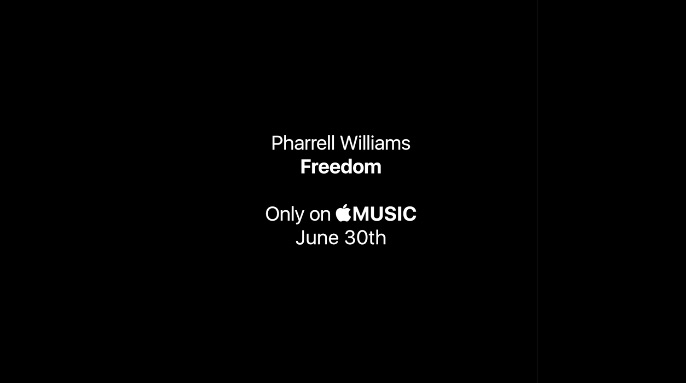 Pharrell recently tweeted a teaser video for his upcoming single “Freedom,” and the ending credits reveal that the song will be exclusive to Apple Music, which launches June 30 on iPhone, iPad, iPod touch, Mac and PC for $9.99 per month after the free trial period.

The song was also the soundtrack of the Apple Music ad “Worldwide,” featuring DJ Zane Lowe, that was shown at WWDC, as seen below.

No other artists have announced any exclusive deals with Apple, and at this point we don’t know what Apple is offering to them to sweeten the pot over the standard Apple Music 71% to 73% revenue sharing deal. We’ll let you know more about any exclusive deals as the news becomes available.