Apple has outfitted their ‘flagship” Apple Stores in New York and San Francisco with new tables that show off the new 3D Touch feature available on the iPhone 6s and iPhone 6s Plus. 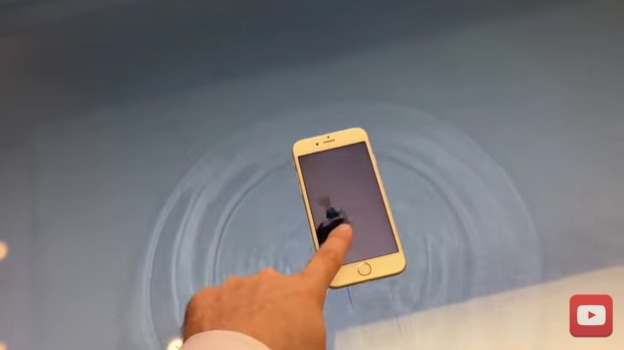 When a 3D Touch force press gesture is used on the screen of one of the iPhones, which all display a fish, the table reacts to the pressure with a neat rippling water visual. The touch-enabled table can be seen in the video below from Grate App. (via9to5Mac).

Apple’s new 3D Touch feature, only available on the iPhone 6s and iPhone 6s Plus handsets, enables pressure-based features. The feature allows users to “peek” at content in apps such as Messages or Mail, and to also “Pop” into the content with a longer press. The feature also includes “Quick Actions,” allowing users to access app content directly from the app’s Home Screen icon.