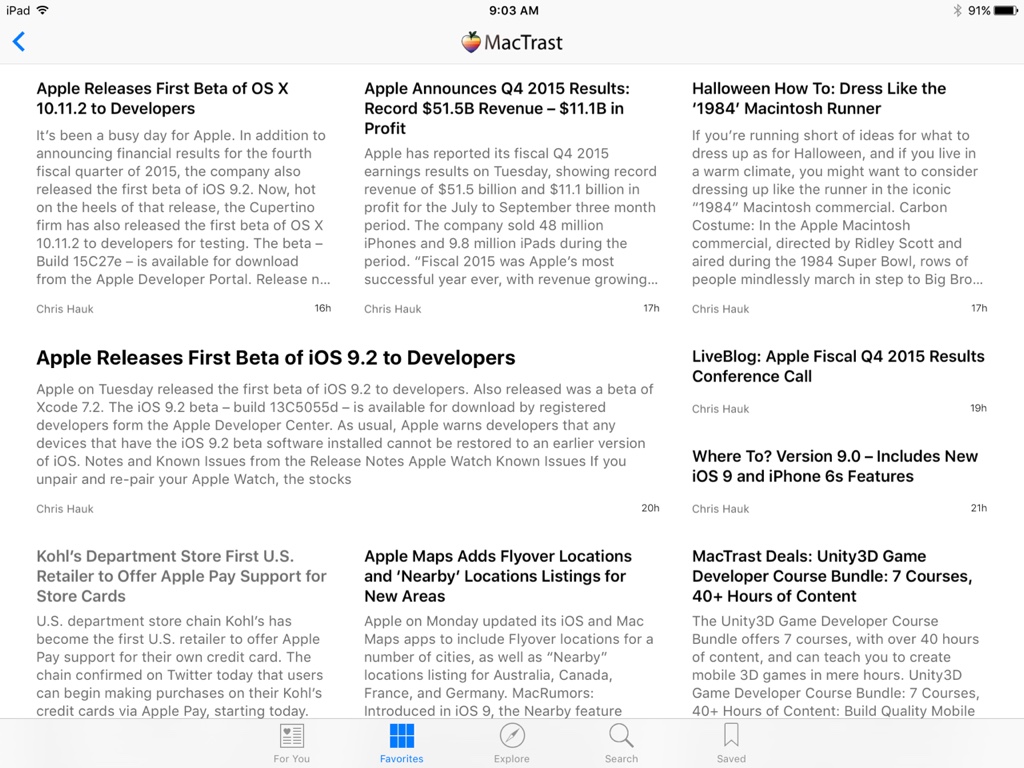 Cook did not go into details about that number, so it’s unknown if the number represents those that use the app on a regular basis, or just the number of users who have accessed the service at least once.

Apple News was introduced as part of iOS 9 earlier this year, and was initially limited to users in the Unites Stated. iOS 9.1 opened up things a bit, with the service now allowing access from the UK and Australia.

The app brings stories from a wide variety of sources – such as The New York TImes, ESPN, Slate, and others – into one mobile-friendly app. It replaces the Apple Newsstand app.

MacTrast is available in the app, so to get the latest Apple news, be sure to add MacTrast to your Apple News lineup, by clicking this link on your iOS device.