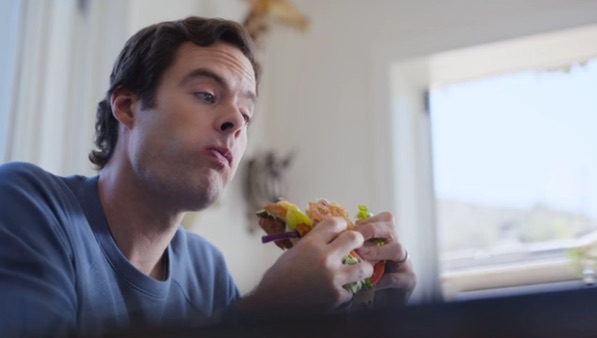 As he eats a huge sandwich, Hader says “Hey Siri,” and asks her to read his unread emails to him. She begins reading his first unread message to him, which has the subject of: “Life changing opportunity, if you please.” It just happens to be from a “Prince Oseph,” who is offering a “once in a lifetime opportunity for the making of many of millions of currency.”

Siri asks, “Would you like to reply?” Hader replies enthusiastically, “Uhhh… YEAH!” and then dictates: “Sign me up!”

The ad is the fifth iPhone 6s ad that Apple has released this week. Each ad has focused on a different feature of the device, such as 3D Touch. Live Photos, and more. In addition to Hader, the ads have starred well-known figures such as Jamie Foxx, and Golden State Warriors guard Stephen Curry. In the Curry ad, entitled “Half Court,” a half-court shot by by Curry is recorded, and then played back.