The Steve Jobs biographical film is launching today in select theaters in the United States, and Universal Pictures has published new TV spots, as well as the first full clip from the film on its YouTube channel. 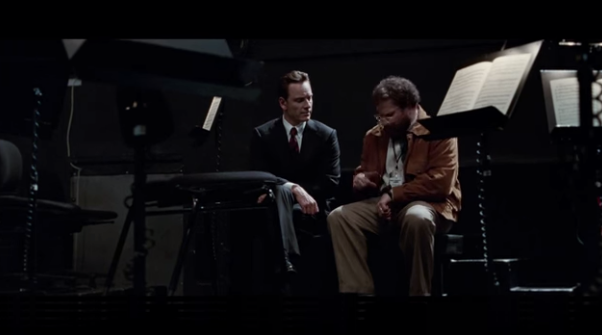 In the scene, Seth Rogen as Steve Wozniak confronts Michael Fassbender’s Steve Jobs over the impending launch of the NeXT Computer.

In addition, Universal has posted four new TV spots promoting the film. as well as a “look inside” the new film. The piece includes short interviews with the “Steve Jobs” cast and crew, including writer Aaron Sorkin, and director Danny Boyle.

First impressions from critics and filmgoers have largely been positive, offering accolades for Fassbender’s performance. The film currently sits at a 91% fresh rating on Rotten Tomatoes.

The film launches today in theaters in New York and Los Angeles, and will then slowly rollout to other locations on October 16th, with a wide release set for October 23rd.