The Messages app on iOS devices and the Mac allow you to easily send messages, photos, videos, and more during your daily communication with the outside world. (Or, just the person sitting at the desk next to yours.)

Occasionally, you may need to know when you sent/received a message to/from another party. This could be because there is a dispute as to when you were informed of something important, or maybe you just want to prove you really did invite Crazy Charlie to the party BEFORE everyone had already left the bar. 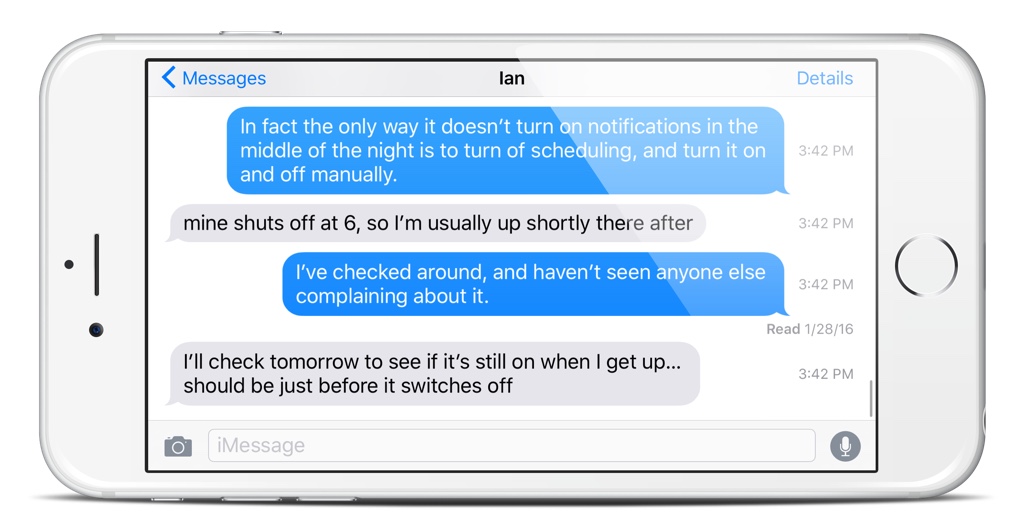 To view a message timestamp in the Messages app on your iOS device, a single finger is all it takes. Simply open the conversation in question, place your finger on the screen, and swipe left and hold. The time each message in a conversation was sent or received will be displayed on the right hand side of the screen. 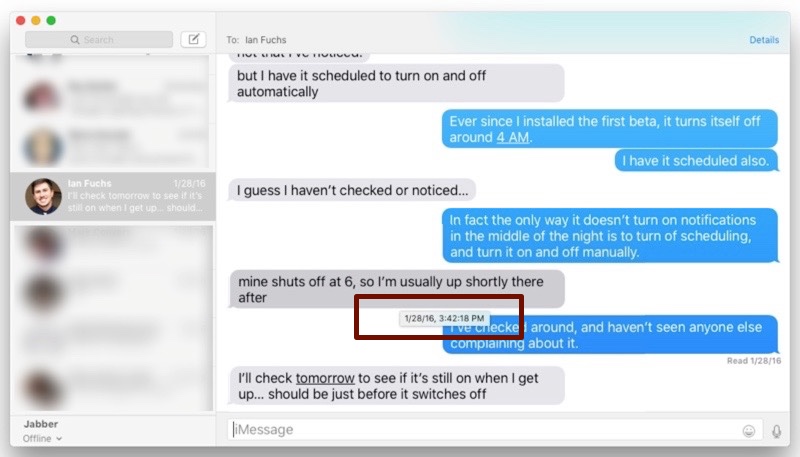 Oddly enough, it only takes a single digit to view the timestamp on a message in a conversation in the messages app on a Mac too! Open the conversation in question, and using your finger on your Mac’s trackpad, hover the mouse pointer over a sent or received message balloon, and the date and time of the message will appear as a floating tooltip-like textbox.

Wasn’t that simple? Sure, many of you already know these tricks and tips we share here, but keep in mind, new users come to the iOS or OS X world every day, and hopefully tips like these will help them feel a bit more at home in their new environment.