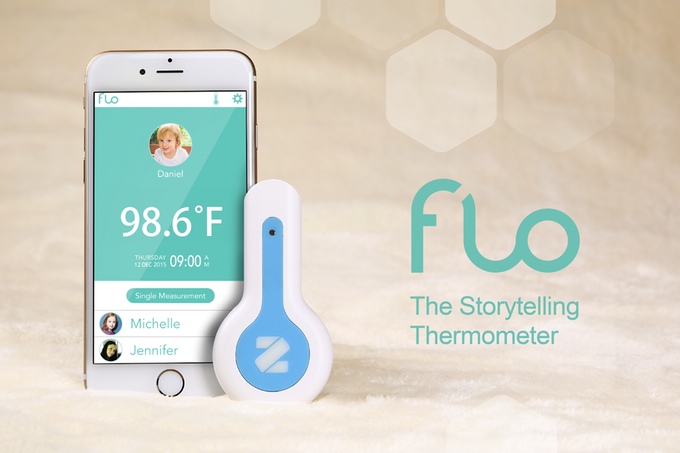 Thanks to modern technology, though, thermometer technology has come quite a long way. Now thermometers can read your temperature in WAY less time, and without any of the discomfort. Flo, a newly launched project on Kickstarter, aims to take it even further with their connected, smart, and social thermometer.

Using an infrared sensor, Flo promises to tell whether a child has a fever, has a low temp, or is right where they should be, and relays that back to the parent using an LED on the unit. From there, the Flo can sync back to the accompanying iOS app to give a numeric temperature, as well as log the temperature, situation, and even a photo to keep parents “in the know.”

“Flo enables you to accurately check body temperature and provide instant insight into your child’s health. You can create profiles for each member of your family and track them separately.” 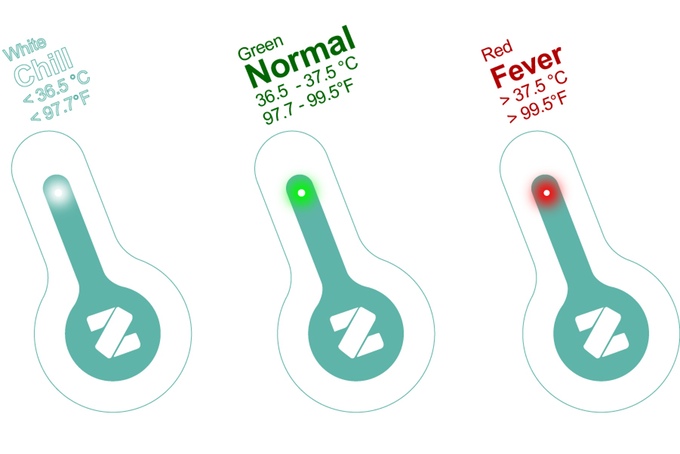 Thanks to Flo’s touchless design, it doesn’t require plastic tips or repeated cleaning, also making it great for those frequently working around children (teachers, daycare providers, etc.). Since Flo uses LEDs and reads the temperature quickly, there is no audio feedback, ensuring that parents can take a temperature of even the lightest sleeping baby without waking them.

Even better is that Flo can double as a thermometer for liquids, like a child’s milk. This helps to ensure that when giving your child a bottle, they aren’t getting scalded by their meal.

“You can also use Flo to check the surface temperatures of liquids and other objects. It is a great way to see whether the milk is too hot or bathtub water is too cold for baby. Simply hold the button to switch to Object Mode and point within 5cm of the object’s surface. Best of all, the audio feature works in object mode as well.” 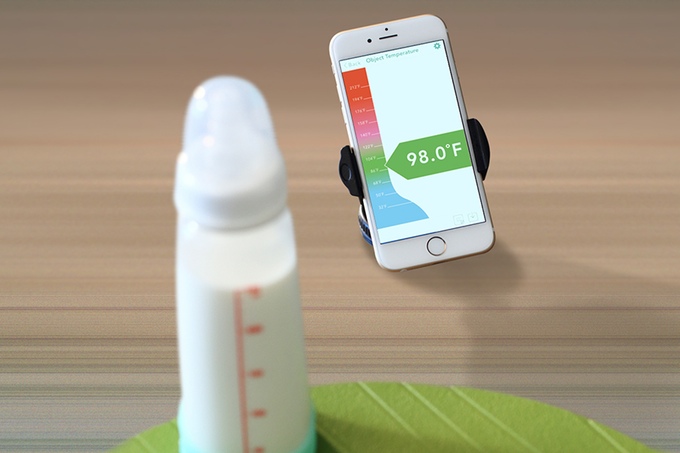 Flo’s Kickstarter is already in full swing, and they’ve nearly reached their funding goal in less than a week’s time. The product, which is slated to ship this May, has already undergone most of the initial design and testing, so backers can feel confident in their support of the smart device.

If you’re as interested as we are, and want to know more, or are excited to show your support, head over to their Kickstarter. Backers can get a Flo for $22 (early bird pledges are already gone), which, in our opinion, is a great price, considering the price of other touchless thermometers. 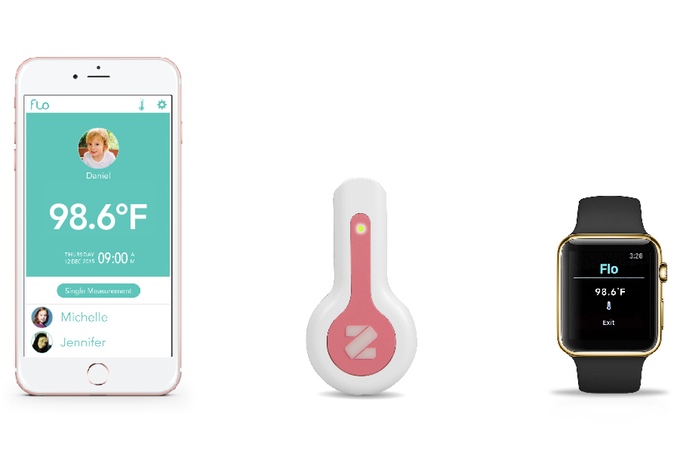 We’ll also be checking out Flo in the coming weeks, and will have a full review of the product once we go hands-on. Until then, head over to their Kickstarter page to get all the nitty-gritty details.