A new research study published on Wednesday shows that while Android phones continued to show the most device failures in the first quarter of 2016, the platform did shrink the reliability gap a bit with the iPhone. 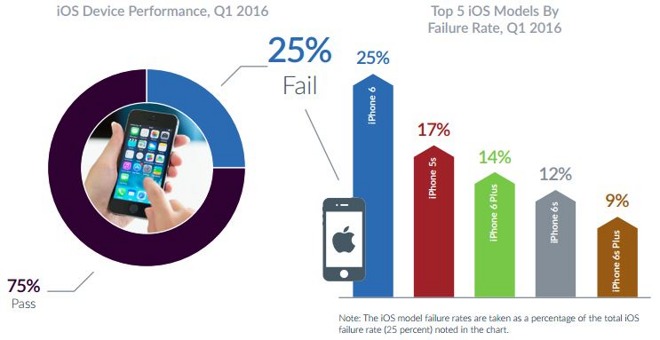 Based on diagnostics tests run on “millions” of Android and iPhone units, the Q1 failure rates for those platforms were 44 percent and 25 percent respectively, Blancco Technology Group said. The tests were run using Blancco’s SmartChk platform.

That compares to fourth quarter 2015 figures of 85% and 15%, respectively. The study did not provide any data for any possible reasons behind the rather dramatic shift. 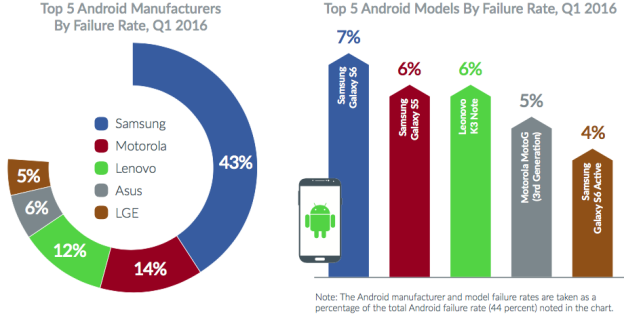 Key highlights from the Q1 2016 trend report include:

Failure rates for both platforms tallied at 55% for Asia, 27% for North America, and 35% in Europe. The most common phone problems internationally includes the camera, touch functions, battery charging, the microphone, and dual-SIM technology, (in that order). North America’s biggest reported issues were performance, battery charging, touch functions, mobile data, and the microphone.