Apple on Monday released iOS 9.3.2 to the public. The new release is the second update to iOS 9.3 since it was launched in March. Apple seeded a total of four betas of iOS 9.3.2 to developers and public beta testers before today’s public release. 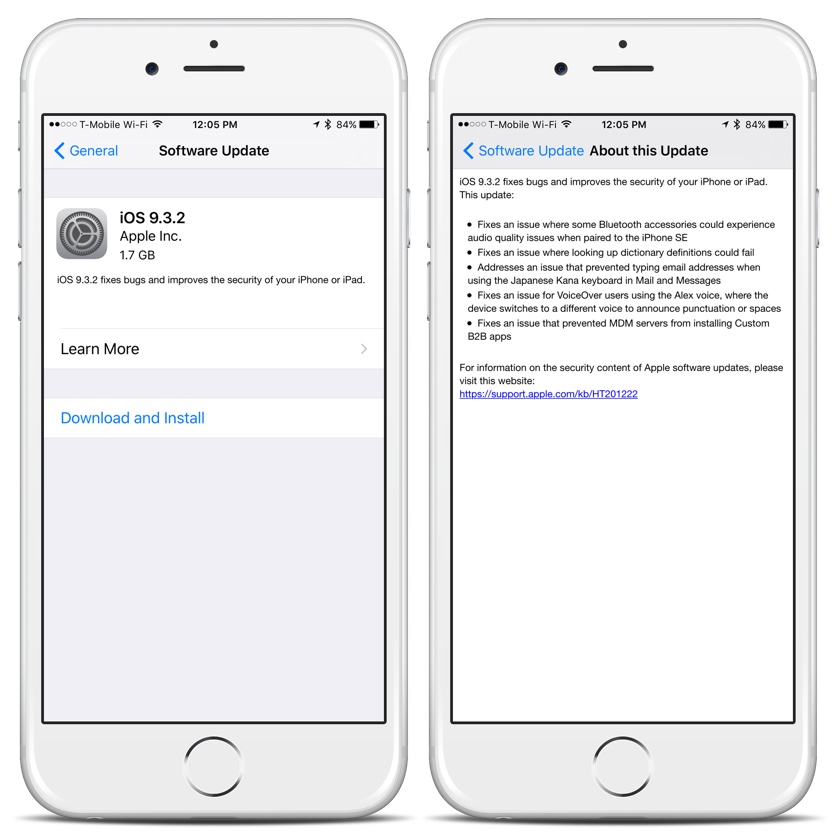 iOS 9.3.2 fixes bugs and improves the security of your iPhone or iPad. This update:

In addition to the above fixes, unless Apple changed something in the final release, the new version also allows the use of Night Shift and Low Power mode simultaneously on a compatible iOS device.