Apple on Monday announced an update to its popular GarageBand music creation software for iOS and Mac. The update adds a wide range of Chinese musical instruments as well as 300 Apple-created Chinese music loops to the app. 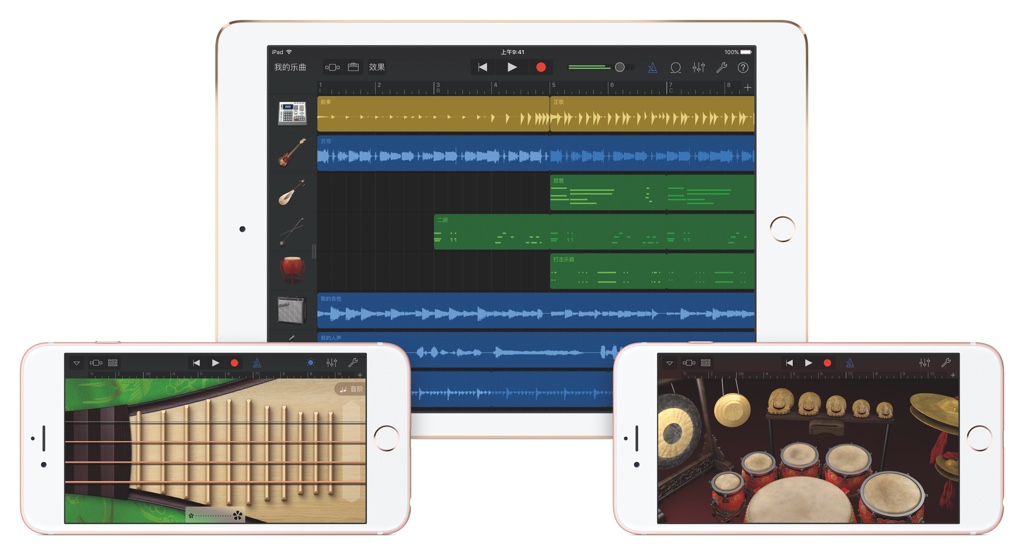 … Building on GarageBand’s extensive collection of sounds, this update adds traditional Chinese instruments — the pipa, erhu and Chinese percussion — along with 300 Apple-created Chinese musical loops, giving users the power to tap into their creativity and make beautiful Chinese-inspired music right on their iOS device or Mac®. GarageBand for iOS users also get two new Chinese templates for Live Loops, and new sharing options to popular Chinese social networks, so they can easily share their music creations with friends and followers across QQ and Youku.

The new instruments and loops are available in both the iOS and Mac versions of GarageBand, and the iOS version of the app also includes two new Chinese templates for Live Loops and new sharing options for popular Chinese social networks.

The update on iOS also adds other improvements:

GarageBand for iOS is available in the App Store for $4.99. [GET IT HERE]

GarageBand for Mac is available in the Mac App Store for $4.99. [GET IT HERE]