Opera added a free VPN service to its web browser last month, and today it debuted the service for iOS users, via an app for their mobile devices. Opera VPN, offers protection for users’ privacy, and also offers a way around restricted internet access that might be in place in some businesses or other institutions. 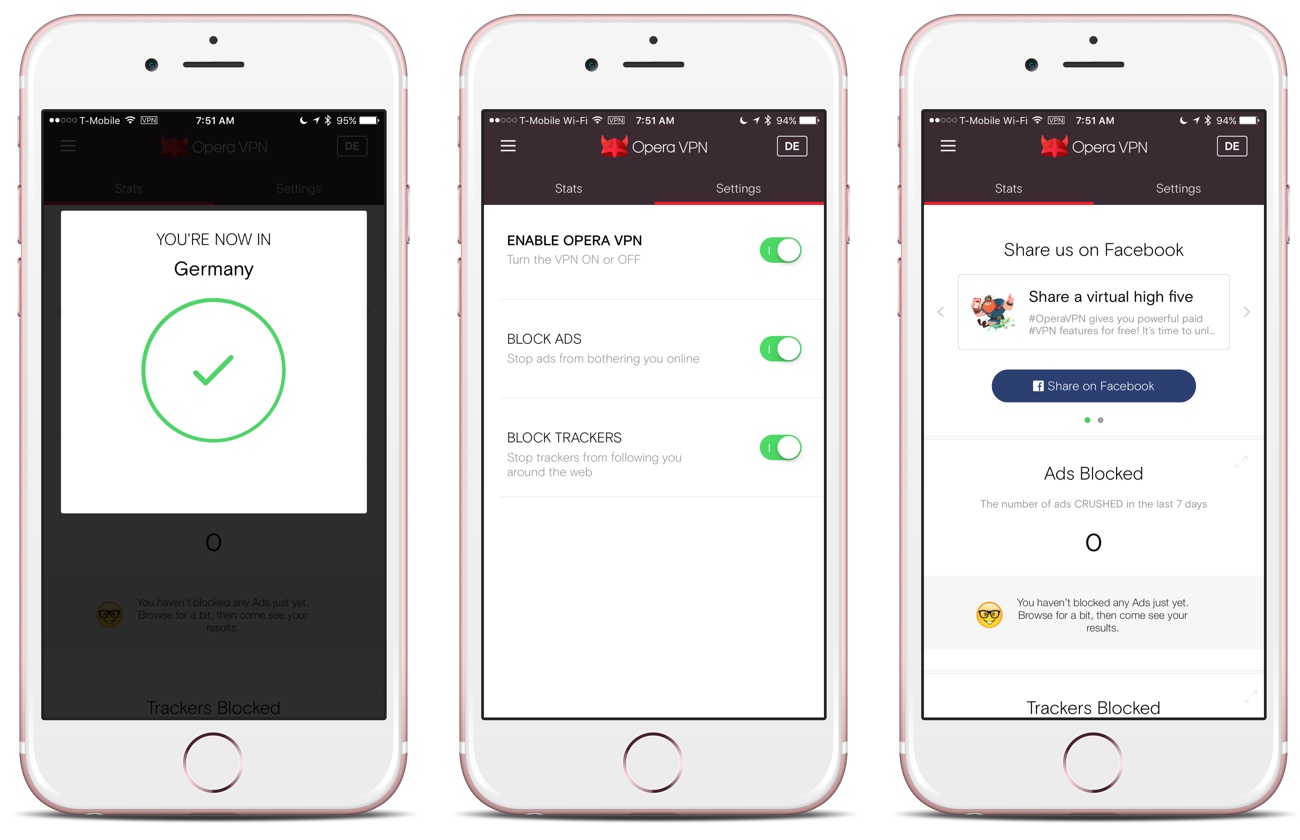 Opera VPN blocks ads and lets you change your virtual location. Unblock more content and stop trackers from following you around the web — completely free.

With Opera VPN, you get:
– One of the fastest, most reliable VPN services
– Unblocked access via your choice of five virtual locations (with more coming soon)
– A built-in ad blocker for ads in Safari, Chrome and other apps
– A built-in tracker blocker to enhance online privacy

Opera’s VPN service uses services from SurfEasy, a company Opera acquired last year. Opera also uses SurfEasy to power its browser-based VPN service, which is still in the testing stages, and only available via the developer version of the browser.

“Every day, millions of people, from students to working people, find that social-media sites like Snapchat, Instagram and Facebook are blocked when they surf on their campus or workplace Wi-Fi. The same goes for video-streaming sites,” Chris Houston, President of Surfeasy, Opera’s VPN division, in an announcement released this morning. “With the new Opera VPN app, we help people to break down the barriers of the web and enjoy the internet like it should be,” he added.

The Opera iOS VPN app allows users to appear as though they are surfing from one of five countries: the U.S., Canada, Germany, Singapore and The Netherlands. (Opera says more locations are on the way.)

Opera says it doesn’t track any of its users’ VPN usage stats, unlike some other free VPN services. The Opera VPN app is available free for iOS devices, in the App Store. [GET IT HERE]