Apple has been hit with a lawsuit by Bellevue, Washington-based firm VoIP-Pal,(VPLM), who is seeking $2.8 billion in damages for alleged infringement of its internet communication technologies patents. 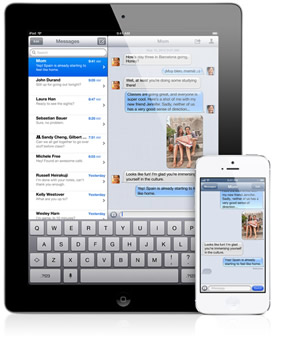 The company calculated the damage figure using a 1.25% royalty rate based on an apportionment of Apple’s estimated historical profit from iPhone (55%), iPad (35%), and Mac (10%).

VPLM has more than a dozen issued or pending patents in its portfolio, most related to Voice over IP, some of which it says Apple has infringed with its FaceTime and iMessage services on iOS devices, and the Mac.

VPLM’s court filing lists a number of ways Apple’s technology allegedly infringes the patents, such as in iMessage:

While the lawsuit was initially filed on February 9, VPLM delayed pursuing the lawsuit until now, due to it being in negotiations for a resolution of the legal spat. The company apparently remains optimistic that something can be arranged with Apple:

Emil Malak, CEO of Voip-Pal stated, “Serving the parties in these lawsuits does not end our discussions with the Defendants. We are confident the current good will on both sides will result in a favorable outcome for all parties involved.”

We designed, built and tested super-nodes and nodes in Canada, England, and Norway, spending more than $17 million on development and execution in the process. At one time, we had more than twenty (20) engineers working on the software design and implementation.

The company claims the mid 2000s recession made it unfeasible to continue development of the platform, as it had to invest in protecting the intellectual property it had developed.