While Facebook Messenger bots seems to be a big deal lately, most of them are a novelty at best. However, Netflix viewers will find the new bot “And Chill” to be a bit more useful than the average bot. 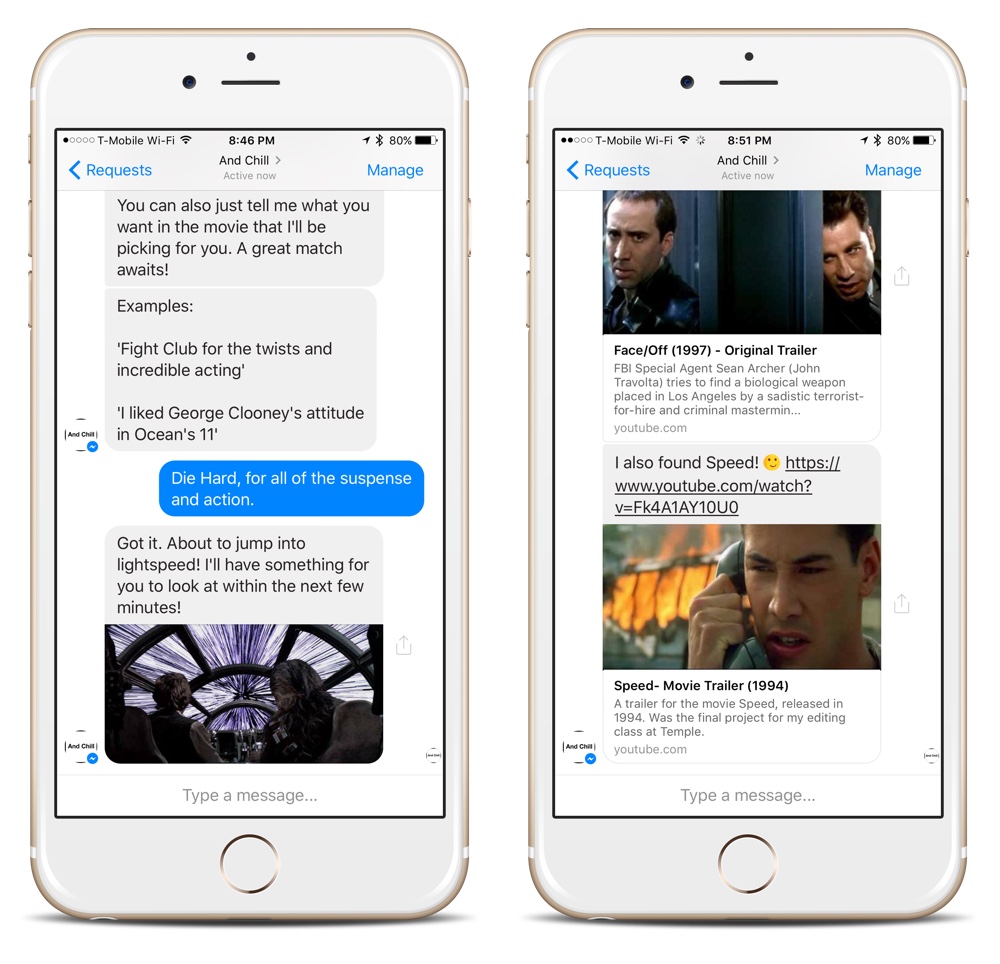 “And Chill” can recommend movies you might enjoy watching on Netflix. Simply message the bot on Facebook, and it will eventually respond, and ask you a few questions so it knows what you like, and what you’re looking for, and then responds with a recommendation, as seen above.

The bot can be a bit slow responding, and it warns you that from the get go as it is currently in beta. When I tried it out, the recommendations it supplied for me were pretty much on the nose. As a “Die Hard” fan, it suggested “Face/Off” and “Speed.” It even supplied YouTube links to both movie trailers. (I didn’t need that though, I’m a man, I know both movies by heart.)

“And Chill” is currently a bit slow, and needs a bit of work, but if you’re stuck for an idea on what to watch, it’s worth a shot.