The newest episode of the ongoing tale of the Harry Potter universe, Harry Potter and the Cursed Child, is now available in the iBookstore. The so-called “eighth story” by author J.K. Rowling is a script of the play of the same name that has been in previews at the Palace Theatre in London over the last few weeks, and made its official world premiere Saturday night. 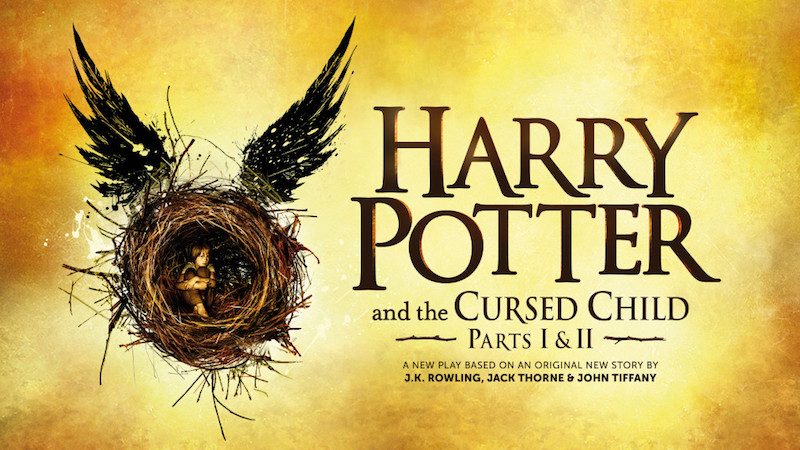 The play is based on an original story from Rowling, along with collaboration from director John Tiffany and writer Jack Thorne, and picks up the story of Harry, Ron, and Hermione nineteen years after the events of Harry Potter and the Deathly Hallows, in line with that novel’s epilogue. The plot is said to not only be focused on the three heroes, but their various offspring and their own time at Hogwarts.

In the play, Harry is an overworked husband and father of three, who toils daily at the Ministry of Magic.

While Harry grapples with a past that refuses to stay where it belongs, his youngest son Albus must struggle with the weight of a family legacy he never wanted. As past and present fuse ominously, both father and son learn the uncomfortable truth: sometimes, darkness comes from unexpected places.

The play tells the tale in two parts, with the usual intermission in between. The script contains all the action, and is dubbed, “The Special Rehearsal Edition.” Rowling’s longtime publisher Scholastic plans to release a “Definitive Edition” of the story, Which will include the tweaks made during the play’s preview run.

Harry Potter and the Cursed Child is available worldwide in the iBookstore. (get it here), and the Amazon Kindle Store beginning today, July 31. The e-book is priced at $14.99. There is also a physical version of the book available that runs $17.99, and will be available at most brick-and-mortar booksellers, as well as from Amazon.