A new feature has been discovered in the latest iOS 10 beta, which warns users when liquid is present in an iPhone’s Lightning port, hopefully helping user to prevent permanent water damage to their precious. 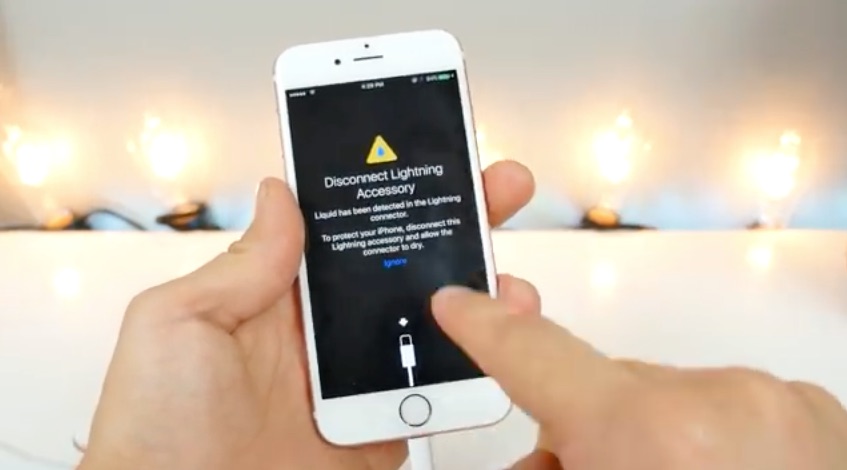 A YouTube video posted by EverythingApplePro on Monday, which highlights the new features found in iOS 10 beta 3, shows the new warning around one minute into the video. The new beta displays an on-screen warning when moisture is detected in the Lightning port, warning users to disconnect any plugged-in accessories. The notification only appears if something is currently plugged into the port.

Engadget notes liquid detection is only available on newer iPhone models, such as the SE and 6s/6s Plus models. As is usual with beta seeds, the feature may or may not be expanded to other devices, or might not even make the final cut when the public release of iOS hits the streets in the fall.

We don’t know at this time exactly how this new feature works. However, the video’s narrator proposes that iOS 10 may activate a previously dormant liquid sensor in the Lightning connector port. While Apple does own patents for sensors of this type, AppleInsider believes that it is more probable that the new OS simply detects moisture by measuring for electrical variances or connectivity issues.

The video above makes for enjoyable viewing, as in addition to the new moisture detection warning, the recording also covers over 40 new features found in beta 3 of iOS 10.