This isn’t Apple-related, but we had to share this new with you. November 11th will see the Nintendo Entertainment System: NES Classic Edition hitting shelves in the U.S. and UK. The mini system will include a Nintendo Classic controller, which will allow player to control their characters in of 30 built-in classic games. 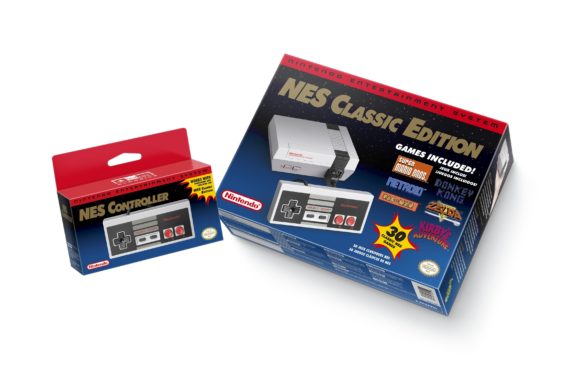 The new system is a near identical miniature replica of the original NES, and plugs directly into your HDTV via the included HDMI cable. The system will carry a suggested retail price of $59.99, and includes 30 built-in games, including:

“We wanted to give fans of all ages the opportunity to revisit Nintendo’s original system and rediscover why they fell in love with Nintendo in the first place,” said Nintendo of America President and COO Reggie Fils-Aime. “The Nintendo Entertainment System: NES Classic Edition is ideal for anyone who remembers playing the NES, or who wants to pass on those nostalgic memories to the next generation of gamers.”

Unfortunately, the new throwback console doesn’t include a cartridge slot, so gameplay is limited to the 30 included games. Plus, the European version doesn’t include a power supply. A USB cable is included, but European users will need to supply their own USB power supply, the one that came with your smartphone or tablet should do nicely.

(Via My Nintendo News)