If you love the Batman Arkham games series, but at least a little part of you longs to play a bad guy, we have great news for you. The newest Batman title for iOS, Batman: Arkham Underworld, puts players in control of Batman’s enemies in as they work their way up through the Gotham City criminal ranks. 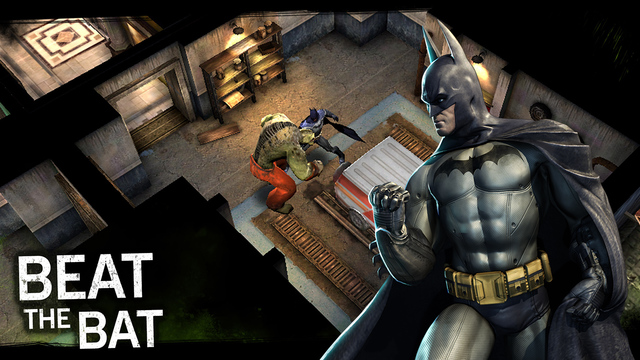 In the game, players take command of iconic super villains such as The Riddler, Harley Quinn, and Killer Croc in the base-building title, recruiting and training an army of henchmen along the way. As a player’s empire expands, the stage is set for a face-off against Batman himself.

The game’s events are set before the happenings in Batman: Arkham Asylum, and a series of the missions in the game tie-in with the upcoming “Suicide Squad” movie. Voice actors include Kevin Conroy from Batman: The Animated Series as Batman, Tara Strong from several Batman computer and console games as Harley Quinn, and Dini Andrade returning as The Scarecrow. Sorry, the Joker doesn’t make an appearance in this one. 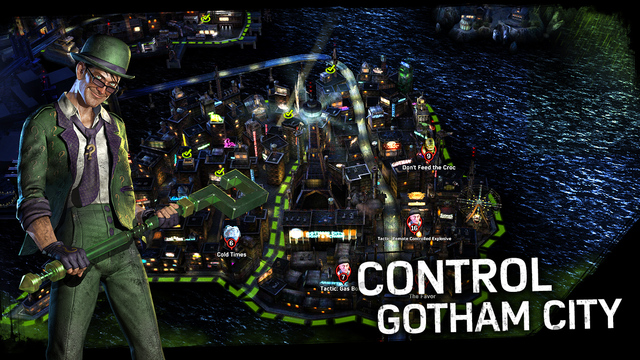 ARE YOU READY TO RULE GOTHAM CITY?

Become the city’s next criminal mastermind as you fight your way to the top in Batman: Arkham Underworld!

Recruit DC Comics super-villains to do your dirty work, then train an army of thugs to attack your rivals. Grow your criminal empire and crush your enemies to earn loot and respect. Create the ultimate hideout full of traps, security forces and hidden dangers to defend your turf from other aspiring crime lords.

Earn enough respect on the streets? Get ready to take on Batman to secure your status as Gotham City’s ultimate threat!

• COMMAND iconic DC Comics super-villains including the Riddler, Scarecrow, Killer Croc, Harley Quinn and more!
• BUILD the ultimate criminal hideout for you and your thugs
• CRUSH your enemies and RAID their turf with intense PVP action!
• CONTROL the streets as you earn respect and expand your empire
• BATTLE through intense story-missions within Gotham City’s neighborhoods
• LEVEL UP your super-villains and unlock new abilities

Batman: Arkham Underworld is free, and is available for iOS devices, and even throws in some Apple Watch functionality too. The game requires iOS 8.0 or higher, and an iPhone 5, iPad Air 2, or third generation iPad or newer to play. In-app purchases are available, but if you signup for a WB Play account instead of using GameCenter, you’ll get some in-app currency for doing so.

Grab Batman: Arkham Underworld, free from the App Store. [GET IT HERE]