As expected, Verizon has announced a number of changes to its monthly service plans, which take effect today, July 7. The carrier also offered up a preview of a new version of its My Verizon app. The carrier has also made similar changes to its small business plans.

The most notable change to Verizon’s services is that Verizon’s plans now offer at least 30% more data than the old plans they replace, but at the expense of higher prices.

Verizon’s Plans will change as follows:

Verizon will also offer a new Carryover Data feature which will also customers to keep their unused data for an additional month. Unused data is automatically rolled into the next month’s allotment.

Also announced was a new Safety Mode, which is designed to eliminate overage fees by providing customers with unlimited data at 2G speeds (128 kbps) at no charge, once the user has used up their monthly 4G LTE data allotment. Safety Mode is included free with XL and XXL plans, but it will be an extra $5 per month for S, M, and L plans.

Verizon customers can now get unlimited talk and text from the U.S. to Mexico and Canada, and while visiting either country. The new feature is free for XL or XXL customers, and an extra $5 per month per line for customers with S, M, or L plans. Verizon now offers a TravelPass feature for $2 per day per line that allows customers to roam with data in Canada or Mexico.

Existing Verizon customers can keep their current plans if they wish, but they will need to change to a new plan if they wish to take advantage  of the new perks. 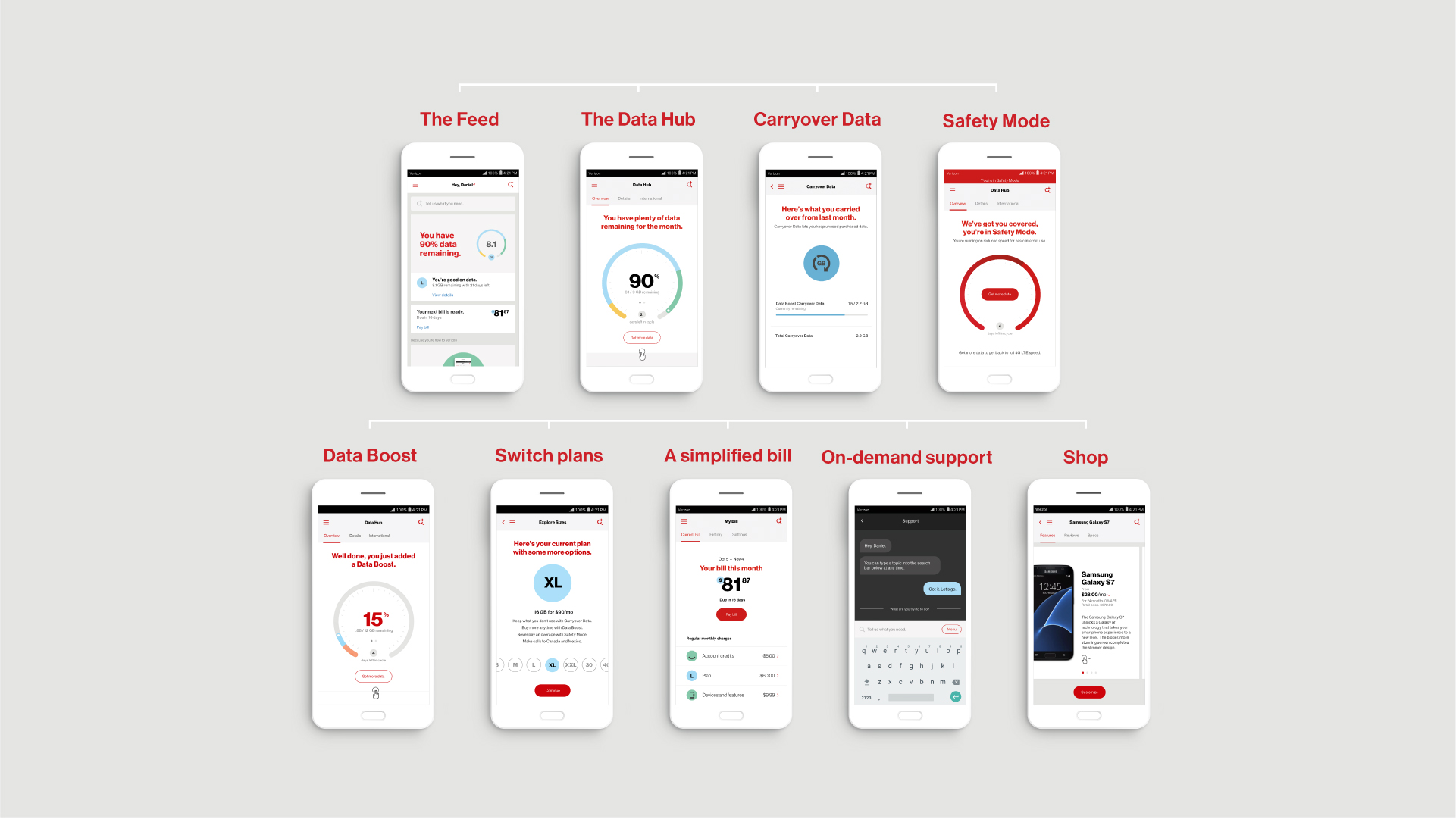 Verizon also announced changes to its My Verizon Mobile app:

The My Verizon Mobile app is available free on the App Store.