Yelp users can get in on the Pokémon Go action, as the popular restaurant and business locator/review app now includes a “PokéStop Nearby” filter in addition to its usual “Hot and New,” “Open Now,” and other filters. 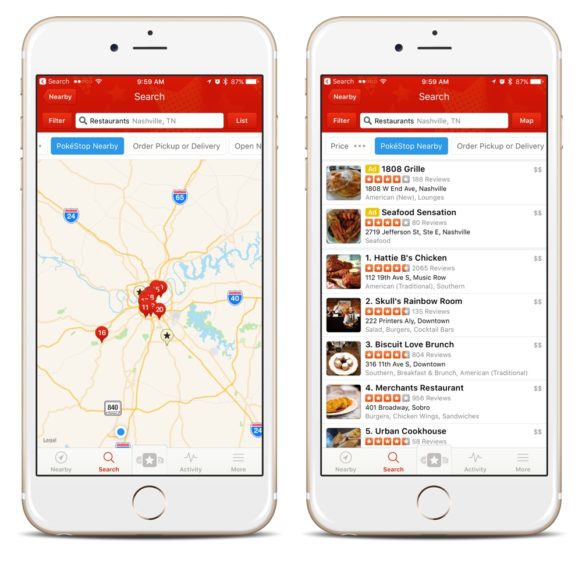 The update, which went out over-the-air over the weekend, offers the new filter alongside the usual filters, which are found just under the search field at the top of the app’s screen. Yelp users can also search for PokéStop locations via the service’s website on their desktop.

Yelp is asking its users to help identify businesses that are near a PokéStop when they check-in.

In order to leave no PokéStop unturned, we need your help! To identify a business that’s in the vicinity of a PokéStop, check-in to that location on Yelp and answer a quick question to let fellow Yelpers and trainers know that this is the place they want to be. In just the past 24 hours, Yelpers have already identified thousands of PokéStops! With your help, we’ll become Pokémon masters in no time.

The new feature is available in the United States, Australia, and New Zealand. You can find the free Yelp iOS app in the App Store. [GET IT HERE]