As is traditional, Apple’s online store is offline this morning, in preparation for new products that will be unveiled at this afternoon’s “See You on the 7th” media event, to be held at the Bill Graham Civic Auditorium in San Francisco later today. 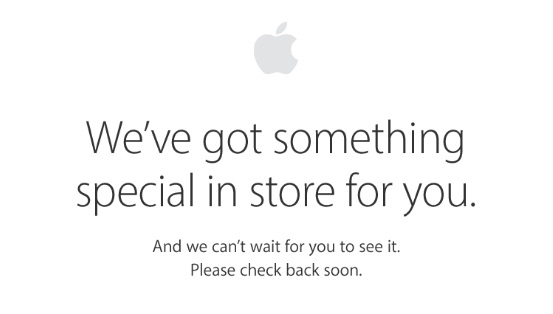 Apple CEO Tim Cook and other high-ranking executives are expected to appear, to introduce the company’s new iPhone 7 and iPhone 7 Plus handsets, along with the second-generation Apple Watch, new products from Beats, and possibly other products and accessories.

Also expected at the shindig are the announcement of release dates for the company’s iOS 10, macOS Sierra, watchOS 3, and tvOS 10 operating systems.

The event is scheduled to begin at 10:00AM Pacific Time (1:00PM Eastern), and will be live streamed at the Apple website. MacTrast will be live blogging all the action, and will be also be covering in detail what was announced, after the event. So, come back here then for our coverage.