Apple on Monday announced it will share its earnings report for the fiscal fourth quarter of 2016 o Thursday, October 27. 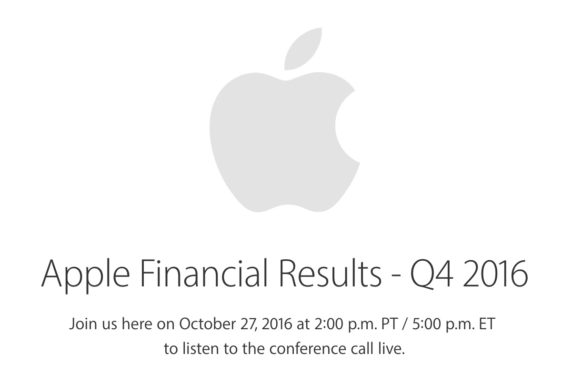 The earnings report should indicate what kind of reception the new iPhone 7 and iPhone 7 Plus has received, as early sales of the new devices will be included in the earnings. While Apple traditionally has announced launch weekend sales numbers for new iPhones, they didn’t do so for this release.

Apple will release its Q3 2016 earnings statement at 1:30PM Pacific time, 4:30PM Eastern time. A conference call will follow at 2:00PM Pacific, 5:00PM Eastern. MacTrast will provide coverage of the results and the call. Be here on the 27th for all the action. Aloha!