If you’re concerned about someone spying on you via your Mac’s built-in camera or microphone, here’s a much better solution than that masking tape you currently have securing things. ProtectStar has released Camera Guard Professional for Mac 2016, their security solution for Mac computers. 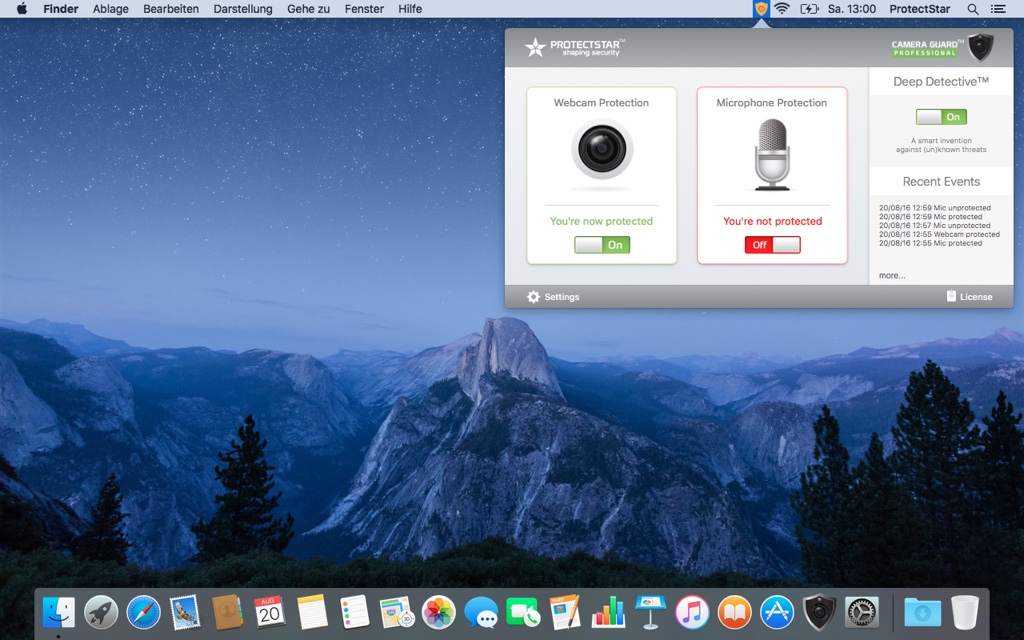 Camera Guard Professional quietly monitors the Mac’s webcam and microphone for any attempts to access the protected equipment. If it detects an attempt by an unauthorized party or app, The app immediately shuts down access, while also alerting the user to the attempt. A record of all access attempts and warnings are kept in a convenient log file, and the app’s intelligent Deep Detective feature can even detect previously unknown attacks.

Setup and operation of the app is easy, (I’ve been trying it out for awhile), and is basically of the “set it and forget it” style of operation. Users can even add an extra layer of protection by locking down their settings via a Personal Identification Number that must be entered for any changes in the settings to take effect.

Camera Guard Professional also includes a feature they call “Deep Detective” which keeps an eye on anything that may attempt to access the Mac’s camera or microphone, and alerts you to such attempts. It protects against both known and unknown attacks, via heuristic methods.

If you already have a virus scanner or firewall in place, Camera Guard plays nice with them, and offers a small system footprint, using only a minimal amount of disk space and other system resources.