One things we forgot to mention yesterday – and it’s a small thing, really – is that Nintendo’s mascot, Mario the Plumber is coming to an iOS device near you in a game called “Super Mario Run.” 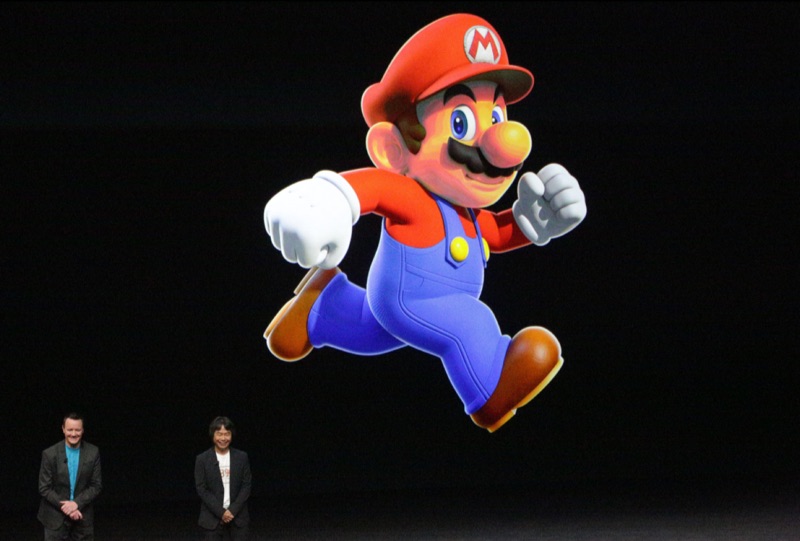 “Super Mario Run,” will come to the App Store in December of this year, and is a “runner” type of game, in the mold of Temple Run and its endless wave of clones. The game can be played one-handed, (tap to jump, tap longer to jump farther), and your aim is to collect coins along the way, jumping over obstacles on your way to the goal, the traditional flagpole at the end of the level.

Apple announced the news at yesterday’s media shindig, when Shigeru Miyamoto, chief game designer at Nintendo and “the father of Mario,” took the stage. Cook was met with cheers when he announced Mario was coming to iOS.

“The App Store has made so many things better in our lives — the way we communicate, the way we work and the way we have fun,” said Cook. “But for gamers of all ages, the story just hasn’t been complete without Mario, so we are thrilled that Nintendo is bringing him to iOS for the first time this December.”

The game is a joint venture between Nintendo and its mobile device development partner DeNA. The game will be available as a free app, and will let you play a portion of the game, before requiring players to pay an as yet unknown fee to access the rest of the game’s content. Happily, it will be a one-time-only purchase, and you won’t be nickled and dimed for additional in-game purchases as you progress.

Super Mario Run will be available sometime in December, exclusively on the App Store, and will be released in more than 100 different countries and nine different languages. While not yet available in the App Store, Apple has acknowledged the sure to be anxious anticipation of players waiting for the game, as they have included the game in the App Store listings, but with a never before seen “Notify” button in place of the usual “BUY” or “GET” buttons. Tap the button, and Apple will notify you when the game becomes available for download in your area.