As promised, U.S. users of the iOS App Store are now seeing developer ads when they search for apps. The ads appear at the top of app keyword search results. 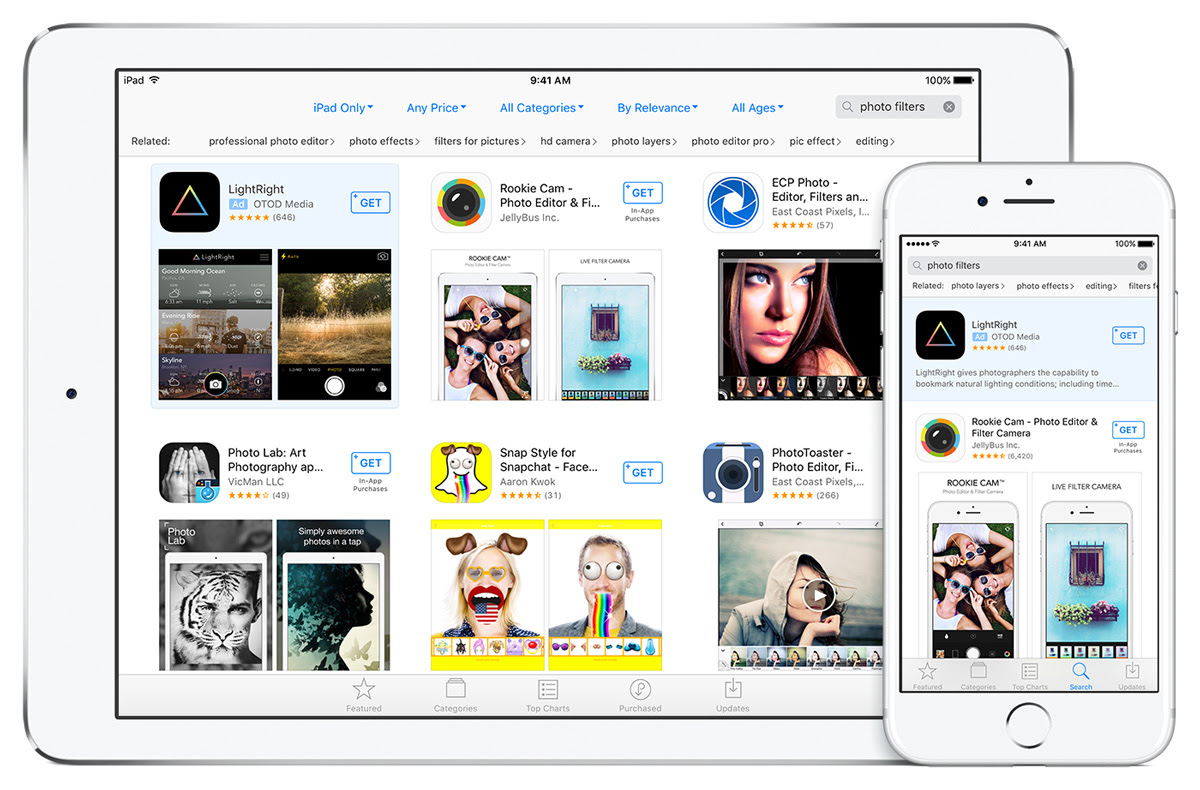 Apple announced the new ad program back in June, and the feature has been in beta testing since then. Developers were allowed to participate in a beta testing program to provide ads that were shown to iOS 10 beta users. Devs were notified via email September 28 that the new ad system was being activated, and any developers who signed up for the ad program would get a free $100 credit to get started buying ads.

Search Ads allow developers to bid to have their app displayed as the top result when selected keywords are entered by a user. The new feature is intended to improve app visibility. The ads are made available via an auction system, and one ad is displayed per search result. The ads are clearly marked as ad content, and uses the app’s content and images that are available on the app’s App Store page.

Apple’s Phil Schiller says the company had long sought to do search ads in a way that “customers will be happy with.” The company believes the ad auction system is fair to all developers, including independent developers.

There is no set minimum amount required to purchase ads, so they can be purchased for a small amount of money, and developers only pay for an ad when someone taps on the it. The ad is displayed based on the bid amount and the app’s relevance to the user’s search query.