Today, Monday, January 9, is the 10th anniversary of the unveiling of the Apple iPhone. Steve Jobs took the stage on Tuesday, January 9, 2007, to debut the iconic handset, which he at first teased as three products in one — “a widescreen iPod with touch controls, a revolutionary mobile phone and a breakthrough internet communications device.” 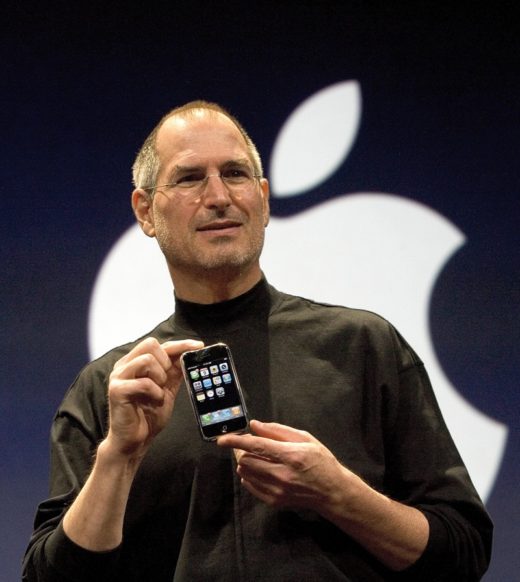 The iPhone went on sale six months later, and in the ten years since, has sold over one billion units. While initially the handset was ridiculed — its lack of apps and its slow “EDGE” data connection on the AT&T cellular network also was a target of criticism — the device hit its stride in 2008. That year, the Cupertino firm debuted the iPhone 3G, along with an updated operating system that supported real apps

The popular device has since spun off two other iconic products, the iPad, and the Apple Watch. The device’s App Store, which debuted alongside the iPhone 3G, now offers millions of app to users around the world.

In a press release published on Sunday, Apple’s top executives shared their thoughts on ten years of the iconic device.

“iPhone is an essential part of our customers’ lives, and today more than ever it is redefining the way we communicate, entertain, work and live,” said Tim Cook, Apple’s CEO. “iPhone set the standard for mobile computing in its first decade and we are just getting started. The best is yet to come.”

“It is amazing that from the very first iPhone through to today’s newest iPhone 7 Plus, it has remained the gold standard by which all other smartphones are judged. For many of us, iPhone has become the most essential device in our lives and we love it,” said Philip Schiller, Apple’s senior vice president of Worldwide Marketing. “iPhone is how we make voice and FaceTime calls, how we shoot and share Live Photos and 4K videos, how we listen to streaming music, how we use social media, how we play games, how we get directions and find new places, how we pay for things, how we surf the web, do email, manage our contacts and calendars, how we listen to podcasts, watch TV, movies and sports, and how we manage our fitness and health. iPhone has become all of these things and more. And I believe we are just getting started.” 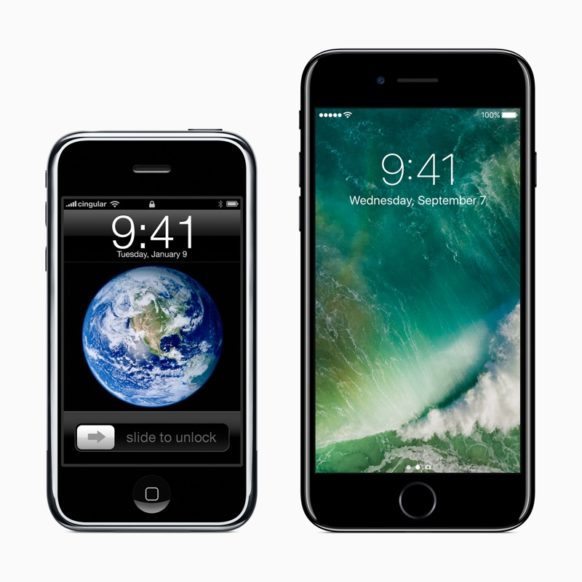 When Apple’s handset debuted, the smartphone market was dominated by two companies, Nokia and BlackBerry, both of which are no longer competitive, having been pushed out of the market by the iPhone, and Google’s soon to follow Android smartphone platform.

Apple is expected to debut a 10th Anniversary “iPhone 8” in September of this year, possibly boasting a complete redesign that is rumored to feature an edge-to-edge OLED display, a Home Button, Touch ID, and FaceTime camera all hidden behind the display. and possibly a glass back, a curved screen, and a new 10-nanometer “A11” processor running the whole show.

But for now, let’s simply celebrate the reason why so many of us are Apple users today. Happy Birthday iPhone!