Apple has announced an updated version of GarageBand for iOS. The new version, GarageBand 2.2, offers a refreshed design, a mobile version of the Alchemy virtual synth, Logic integration, and a handful of other features. 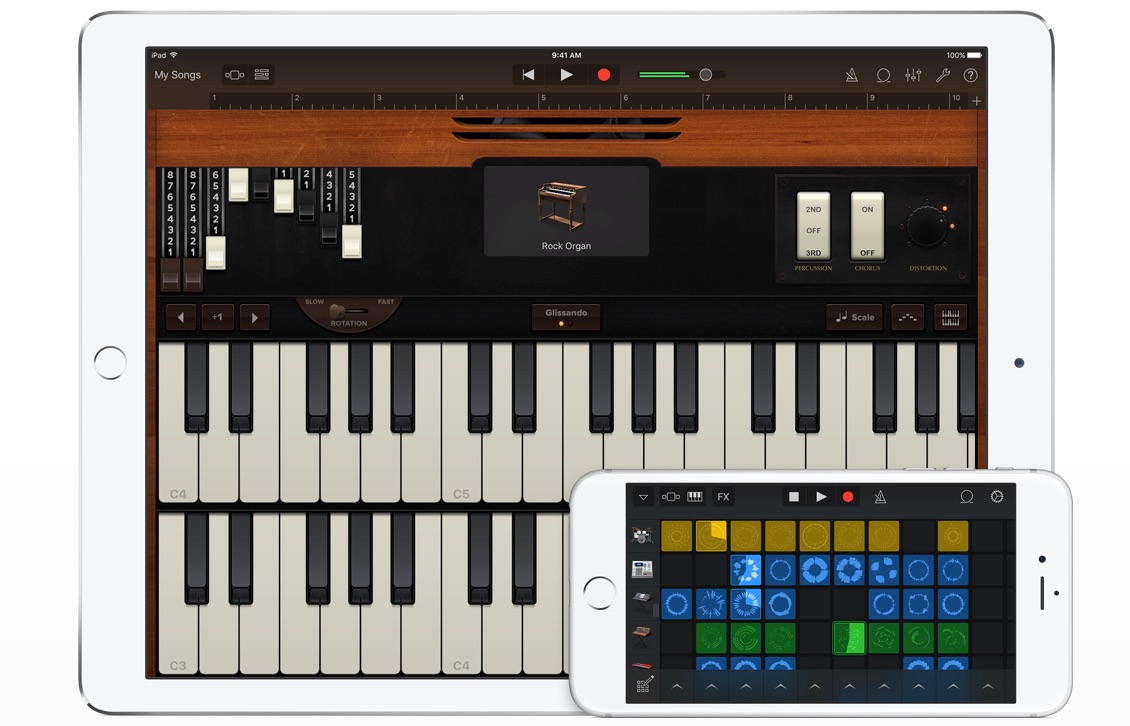 • Play and record using the new Alchemy Touch Instrument with over 150 synth patches*
• Quickly find Touch Instruments and patches with a redesigned sound browser
• Capture your voice or instrument and apply studio-class effects like pitch correction, distortion and delay with the new Audio Recorder
• Use new mixing effects, including Visual EQ, Bitcrusher, and Overdrive
• Add third-party effects using Audio Unit Extensions**
• Record multiple times over any song section and choose your favorite using Multi-Take Recording
• Perform with Chord Strips from any keyboard instrument
• Add comments or lyric ideas to your song with an integrated notepad
• Remotely add new tracks to your Logic Pro X project from your iPhone or iPad via iCloud
• Stability improvements and bug fixes

Apple acquired the Alchemy virtual synth when it bought Camel Audio in 2015. It first integrated the feature into Logic last summer.

Recording music in GarageBand for iOS also gets easier with Multi-Take Recording, giving users multiple passes to capture their best performance and the ability to audition and switch between their favorite takes.

The release also features a redesigned Audio Recorder that adds fun, one-tap vocal effects and provides users with even more sophisticated studio effects like pitch correction, distortion, and delay. Seasoned users looking for even more control over their mixes can use a new collection of advanced audio processing tools, including an interactive graphic Visual EQ and the ability to use third-party Audio Unit plug-in effects for expandable, creative sound design.

For more information, visit the GarageBand for iOS website. Today’s update is free for current users of GaragBand for iOS. New users can grab the app for $4.99 in the App Store. [GET IT HERE]