If you’re looking for something fun to keep the kids occupied during a long, stuck-indoors-because-it’s-cold weekend, look no further than Google’s new Toontastic 3D app for iOS and Android devices. 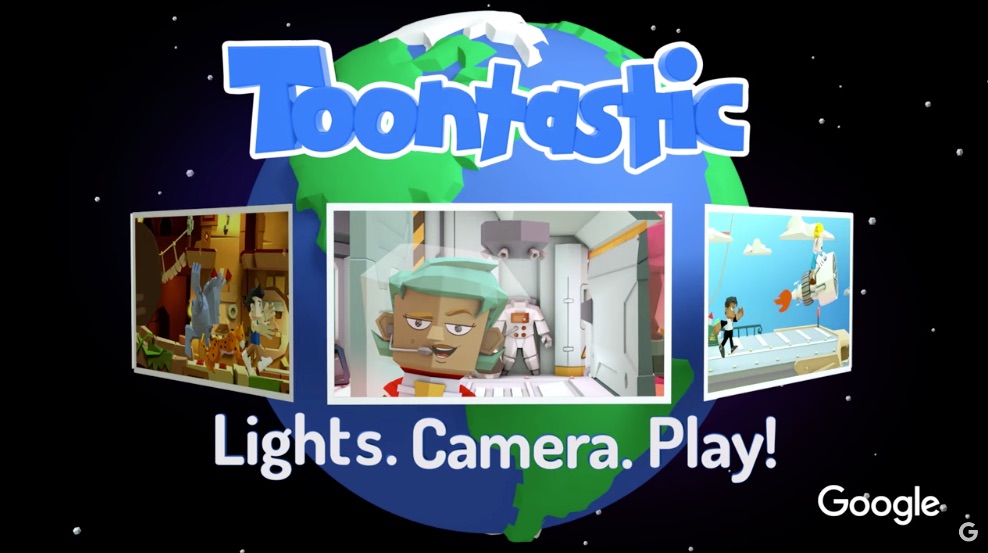 With Toontastic 3D, kids can draw, animate and narrate their own adventures, news stories, school reports, and anything else they might dream up. All they need to do is move characters around on the screen and tell their story. It’s like a digital puppet theater… but with enormous interactive 3D worlds, dozens of customizable characters, 3D drawing tools, and an idea lab with sample stories to inspire new creations.

Designed for Kids, Fun for Everyone

The Toontastic app, while designed for kids, looks to be fun for any creative type. And it also looks like a great “sit down and hang out with the kids” type of thing for parents.

All a user needs to do is decide the length of your story, (“short” or the longer “classic length), select a background and your set of characters. All that’s left then is animate the players, add voiceovers and narration, and view your creation.

Users can also draw their own characters, use their own face for a character’s face, and more. Google says they’ll add more features in the future.

The Toontastic 3D app is free and is available for iOS devices in the App Store. [GET IT HERE] The app is also available for Android devices via the Google Play Store.