For the third straight year, environmental organization Greenpeace has named Apple as the most environmentally friendly technology company in the world. 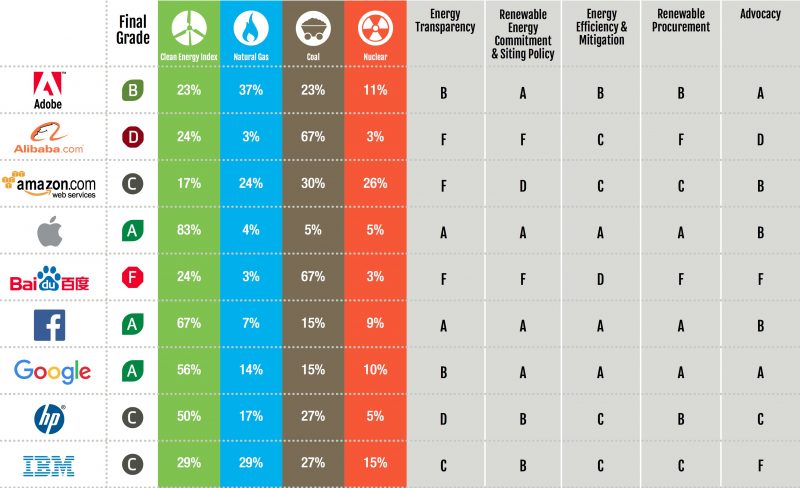 The organization’s latest report, Clicking Clean: Who is Winning the Race to Build a Green Internet, gives Apple a final grade of “A” with a clean energy index score of 83%. Others receiving an “A” grade were Facebook and Google with index scores of 67% and 56% respectively.

The report’s rankings are based on a number of specifications, such as renewable energy use, transparency, energy efficiency, and others.

Leaders Apple, Facebook, and Google had pledged in 2012 to commit to 100% renewable energy sources. Apple’s new Campus 2 headquarters — still under construction in Cupertino, Calif — will run entirely on renewable energy, supplied by an estimated 700,000 square feet of solar panels.

While the report contained a number of positives, troubling results are still being posted by East Asian Internet firms, which suffer from a lack of renewable energy in their regions. Greenpeace says the north and southeast Asian regions are the world’s biggest emitter of CO2.