Man, it sure is dark in here. I wish I’d thought to keep a flashlight handy for power outages like this… Wait, I have one, and it’s always in my pocket. Well, when I’m not playing a game, or on a call that is. Enter the iPhone flashlight.

For awhile now, iOS has offered a flashlight switch in the Control Center on your iOS device. The flashlight function uses your iPhone’s flash on the back-facing camera, and even offers three levels brightness, at least on the iPhone 6s and later. (Note: It requires 3D Touch.)

How To Use the iPhone Flashlight

You can quickly access the iPhone Flashlight function by swiping up from the bottom of your iPhone’s screen. This displays the Control Center, as shown below left. All you need to do is tap the little Flashlight icon, which is in the lower left hand portion of the Control Center. Tap it once to turn the flashlight on, tap it again to turn it off. Simple, no?

(Of course, even though it is common sense, we will mention here that leaving using the flashlight activated on your iPhone will drain the battery faster. So, the function is best used for short intervals of time.) 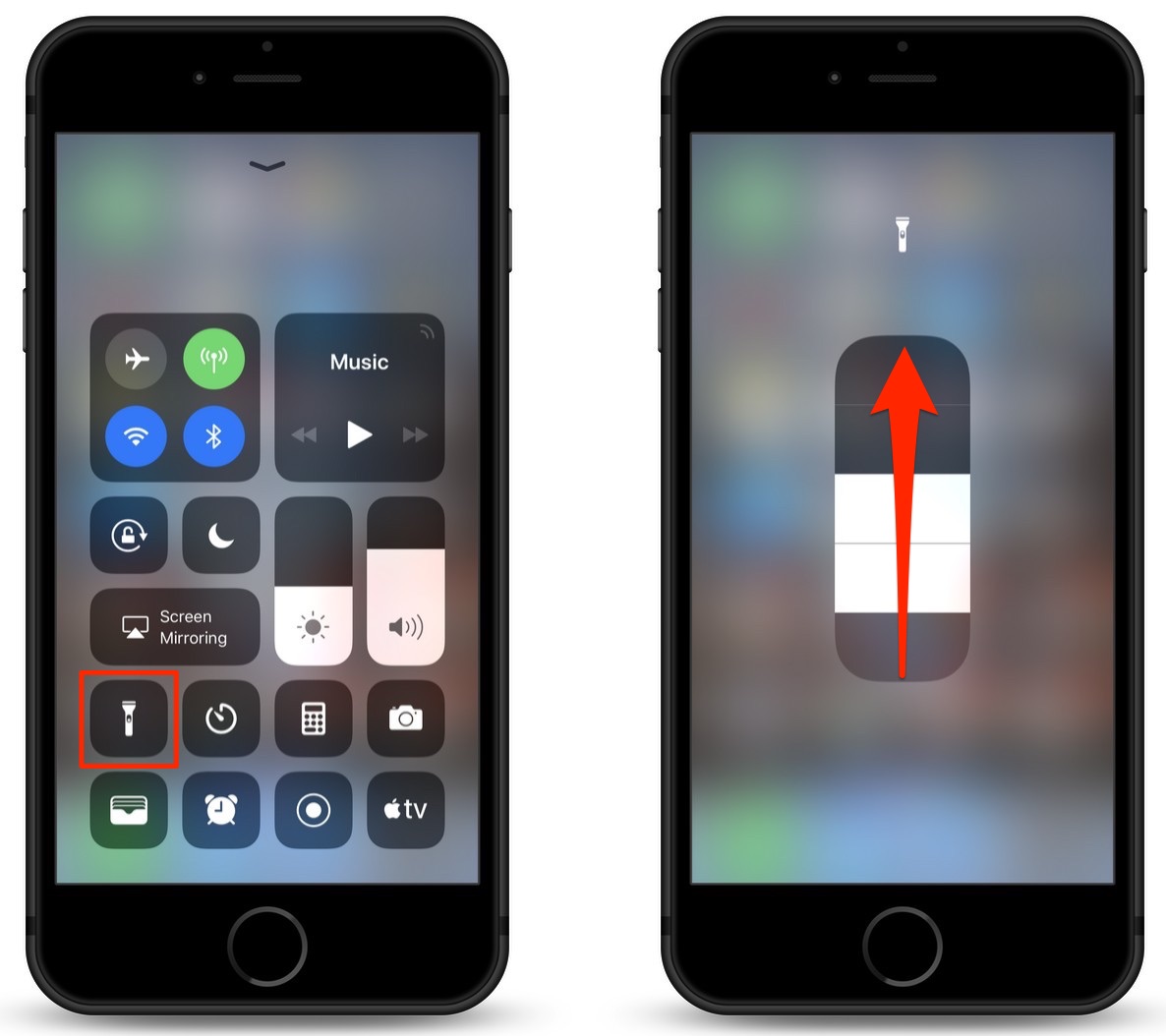 As we mentioned above, using the flashlight function on the iPhone can drain your battery quicker. Luckily, Apple has included a way to adjust the intensity of the flashlight, helping you make your device’s battery last longer. This only works on iPhone 6s and later devices.

As mentioned previously, access the iPhone Flashlight function by swiping up from the bottom of your iPhone’s screen. This displays the Control Center, as shown above left. Hard press (3D Touch) the Flashlight icon to display the three brightness options. Just swipe up as shown above right.

The intensity of the flashlight can be adjusted either before or after the flashlight has been turned on. Just 3D Touch the Flashlight icon at any time to adjust the brightness.

Note: This article was updated to reflect the changes in the Flashlight operation in iOS 11.