Who doesn’t love LEGO? Kids and adults alike love to create objects using the popular building blocks and accessories. While adults have had plenty of places to discuss their love of LEGO, kids haven’t had any place to share their favorite hobby with others. Until now… 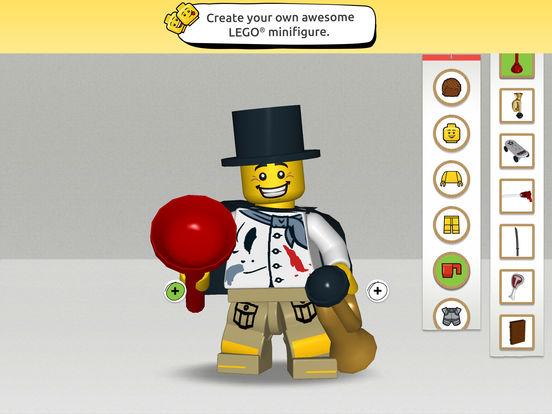 LEGO Life is a free-to-download app for iOS and Android that connects LEGO-loving kids via a safe community built especially for boys and girls. The app offers LEGO challenges, videos, and news, and allows users to find new LEGO sets, as well as creations by other fans.

Be inspired!
• LEGO Life is full of fun, inspiring, awesome and cool stuff. And it’s all yours.
• Check out images of what others are building – then try them out with your own LEGO bricks!
• Share images of your genius creations.
• Get the latest LEGO news about LEGO DIMENSIONS™, LEGO City, LEGO Friends, and more.

Be challenged!
• Stretch your building skills and free your imagination with LEGO challenges.
• Test your knowledge with LEGO quizzes about LEGO City, LEGO NINJAGO®, LEGO Elves, and more.
• Get stuck into arty sticker activities featuring the best LEGO images, like Batman™ from LEGO DIMENSIONS.

Upgrade for free!
Get a LEGO ID account, and then sign in to enjoy all of LEGO Life:
• Buddy-up with LEGO minifigures like Aaron from LEGO NEXO KNIGHTS, Emma from LEGO Friends and Master Wu from LEGO NINJAGO by following their profile and liking their posts!
• Design your own awesome LEGO minifigure for your profile, choosing between tons of cool outfit combinations.
• Join fan groups and get the latest LEGO news for the stuff you love.
• Discover even more about your favorite free LEGO games and apps.
Important information
• The LEGO Life app is FREE to download.
• It’s suitable from 5 years and up, but kids and tweens aged between 8-12 are likely to enjoy it the most.
• There’s no third-party advertising. LEGO marketing content and information is served, for instance LEGO news about LEGO sets and other LEGO games, in hope of inspiring children’s creative play.

The developer says the app is 100% safe for kids. To fully enjoy the app, kids will need to ask permission from a parent or guardian to create an account. Users are assigned a random username when they signup, all user comments are moderated, no direct chatting is allowed, and any images that reveal personally identifiable information are removed from the service.

As an added fun benefit, the app also includes a LEGO keyboard for use in iMessage!

LEGO Life is available for iOS and Android devices in the U.S., the UK, Canada, France, Germany, Denmark, Austria, and Switzerland. [GET IT FOR iOS HERE]