A new malware attack, which specifically targets Mac is in the wild, but luckily it is blocked by the latest version of macOS Sierra. The denial of service attack hijacks a Mac’s Safari and Mail apps, repeatedly drafting emails until the Mac runs out of RAM and crashes. 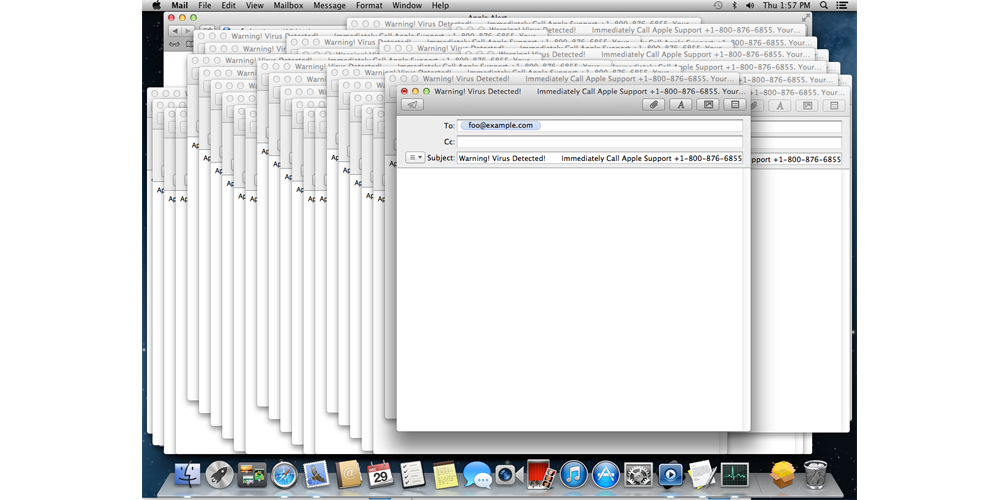 The [malware] will keep drafting emails (but does not actually send them) incrementally and covering the previous open windows. This is not a spam attempt but rather a typical denial-of-service attack …

The emails containing the link are being sent from at least two email accounts, and recipients of email form these accounts should not be read, and instead should immediately be deleted. The emails are dean.jones9875@gmail.com and amannn.2917@gmail.com.

The good news is that Malwarebytes says Macs running macOS 10.12.2 or later are not affected, as Safari immediately detects the malware’s attempt to open the Mail app, and blocks it.