Comic Life creator plasq has released Comic Draw, a full-featured comic creation and publishing application for the iPad. Fully compatible with the iPad Pro and Apple Pencil, Comic Draw offers a complete suite of tools for scripting, drawing, and lettering digital comics, as well as an integrated comic publishing platform in the form of the companion app, Comic Connect. 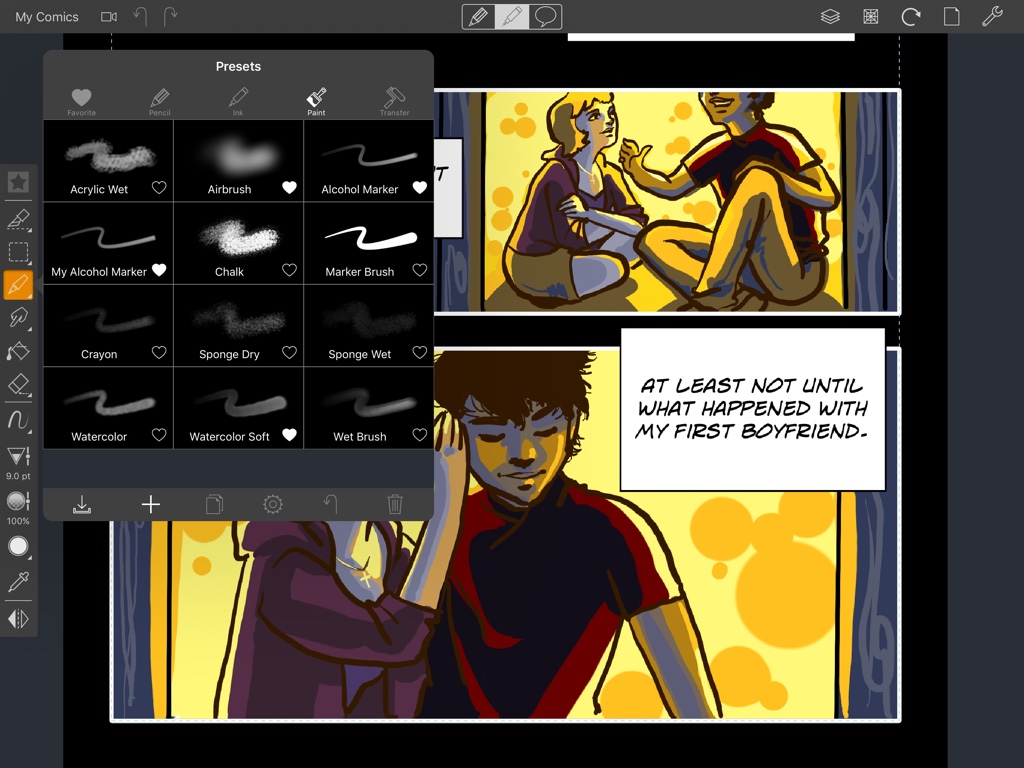 “iPad, and especially iPad Pro, is an incredible creative platform,” said Robert Grant, plasq’s CEO. “Now, with Comic Draw, comic artists of all levels can easily create and publish complete multi-page comics right on their iPad. We’re excited to see all the new creative potential this will unleash.”

Creating comics in Comic Draw is divided between two separate modes: Sketching and Inking & Coloring. The Sketching interface allows users to focus on creating simple forms to underlie their final artwork. The Inking & Coloring interface offers additional tools and brushes allowing the sketches to be refined into a final drawing.

Comic Draw’s script-editing and lettering share many features with plasq’s award-winning Comic Life app. Users can refine their story in the script editor, outlining ideas for panels and character dialogue. When lettering, text from the script can easily be dragged and dropped onto the comic pages. A comprehensive style system allows for easy and consistent typography and graphic design. Balloons and their associated tails can be positioned and reshaped as needed, while lettering can be warped for dramatic effect.

Once completed, a comic can then be published to Comic Draw’s free companion application, Comic Connect. Comic Connect users can follow favorite artists, receiving notifications when new comics are available.

Comic Draw and Comic Connect are available from the iTunes App Store. Comic Draw is free to download and all features can be tried for 14 days via a free In-App Purchase. While the regular price will be $19.99 USD to retain access to all the comic creation, editing and publishing features, an introductory 50% (USD $9.99) discount is available during the first month of release. (Offer ends Feb. 22, 2017). Comic Connect is a free download.