T-Mobile has announced it will offer AT&T customers who moved over to the Magenta network for free year of DirecTV NOW a free year of the Hulu streaming video service. Because… 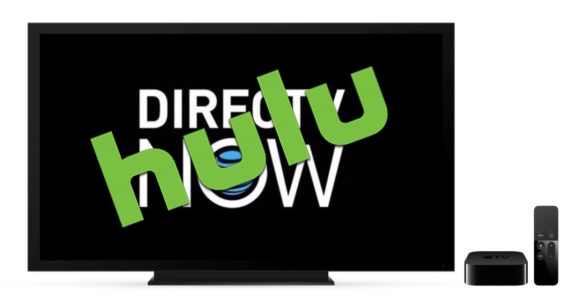 Because, well, as the New York Post put it, DIRECTV NOW is “a total disaster.”  And as The Verge said, the streaming service “appears to be a complete mess” and “users report constant errors and a near-unusable service.”  And as Tom’s Guide noted, AT&T’s over-the-top app is “sluggish, buggy and sometimes broken” and “not ready for prime time.”  And, well, you get the idea.

T-Mobile had originally told AT&T subscribers if they’d move to T-Mobile, they’d pay for a free year of the DirecTV NOW streaming television service. Now, they look to take advantage of DirecTV NOW’s less than stellar start to poke a stick at the AT&T beast with the Hulu offer.

Every former AT&T customer who signed up for a free year of DIRECTV NOW will receive a notification from T-Mobile with a unique code to use to grab a free year of Hulu’s Limited Commercials service. Hulu and DirecTV NOW are both covered by T-Mobile’s Binge On offer, meaning neither service counts against a user’s wireless data allotment, if they don’t mind viewing said services in 480p.

“It turns out DirecTV Now is barely watchable, but we’ve got our customer’s backs,” declared T-Mobile CEO and president John Legere, suggesting customers will enjoy using Hulu on the carrier’s “faster, more advanced” network. “Even I can’t believe AT&T spent $67 billion on DirecTV and still couldn’t roll out a streaming service that worked!”

Despite the problems users of the service have been experiencing, AT&T reported earlier this month that DirecTV NOW signed up over 200,000 paid subscribers in the first month of availability. That offer of a free Apple TV to those who prepaid for three months in advance was apparently a powerful lure. (It’s what got us to sign up.)