Apple on Monday seeded the fourth beta of iOS 10.3 to developers. The new update comes only one week following the third beta release. 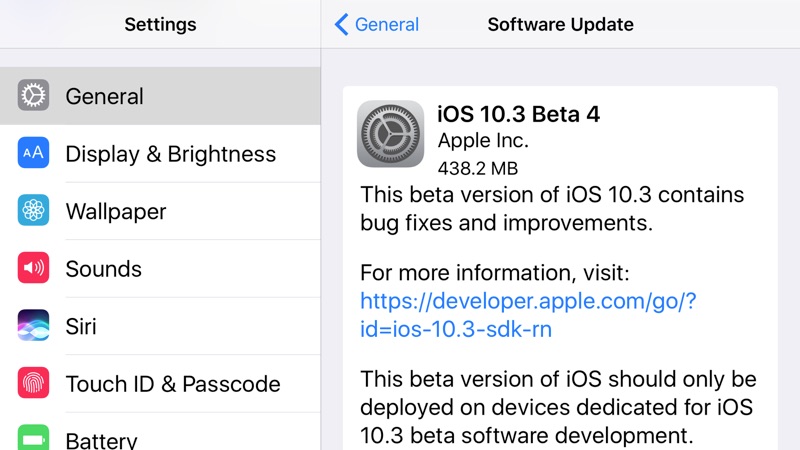 Registered developers can download the new iOS 10.3 beta – Build 14E5260b – from the Apple Developer Center, or over the air with the correct configuration installed on their device. (If you’re a developer, you know what that means.)

Fixed in this Release

During setup, users should no longer reach the “iCloud Analytics” page if they have not yet signed in.

Nightly backups should no longer fail with the error message “Some files were unavailable during the last backup.”

The ability to update devices from a remote server is in development and may not yet work as expected.

When a third party application invokes openURL: on a tel://, facetime://, or facetime-audio:// URL, iOS displays a prompt and requires user confirmation before dialing.

The new SiriKit car commands are still in development and may not yet work as expected.

SOS is only supported in India.

Safari now supports the prefers-reduced-motion media query. This query allows a web developer to provide alternate page styles for users who are sensitive to large areas of motion. Users can change their preference for reduced motion in the Accessibility section of System Preferences.