Sure, a picture is worth a thousand words, but an emoji is worth at least one. iOS 10 brought the uber-important feature that allows Message users to quickly replace text in a message with an emoji representing the same thing.

First, make sure you have the Emoji keyboard enabled on your iOS 10 or higher device. Go to: “Settings” -> “General” -> “Keyboard” -> “Keyboards” -> “Add New Keyboard…” Scroll down until you see the “Emoji” menu option and then tap it. Exit the Settings app. Simple, no? 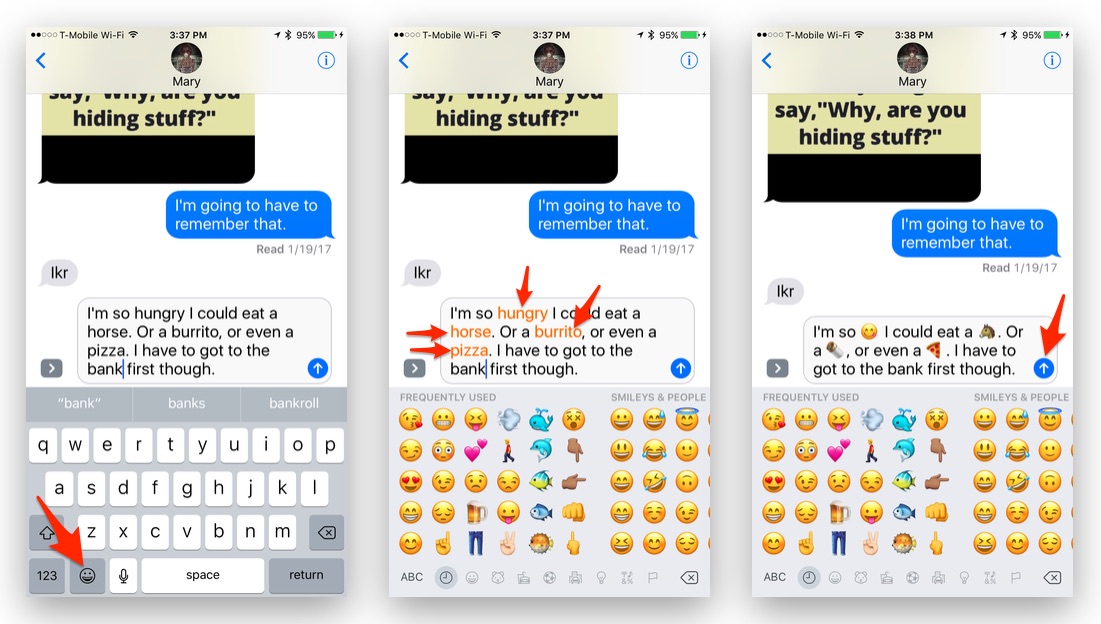 If it doesn’t work properly, make sure you have the Emoji keyboard activated on your device, and that your device is running iOS 10 or later. Enjoy.