20th Century Fox on Monday announced they were bringing their “Movie of the Day” promotional video app to the fourth-generation Apple TV. 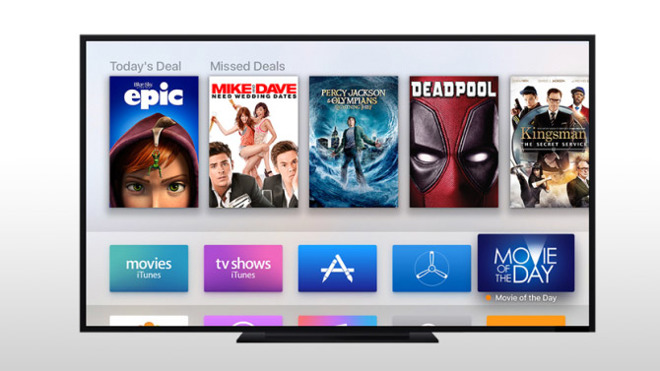 Movie of the Day! offers you a new movie download at a special promotional price on iTunes everyday. Movie deals range from blockbusters to acclaimed indies, and everything in between. All transactions are done safely through iTunes and saved to your iTunes Library. All deals will be available for 24 hours.

The app offers movies from the vast Fox catalog of films at up to 75% off the usual price. This means most movies offered through the app will be available for between $4.99 and $9.99. The app also provides user reviews, information on a movie’s cast, and a synopsis of the film to help users make a purchasing decision.

Titles Will be Unveiled Each Day

While the app will normally keep upcoming titles a secret until the discount date, Fox is offering users a sneak peek at this week’s deals to celebrate the release of their Apple TV app.

This week’s discount titles are:

To help users decide what’s worth purchasing, the Movie of the Day app provides user reviews, information on a movie’s cast, and a film synopsis to help users

Get the Apple TV App

The Fox “Movie of the Day” app is free, and is available for both iOS and Apple TV device, via the App Store. [GET IT HERE]