Following Verizon’s weekend announcement that it had rejoined the Unlimited Data Club, T-Mobile fired back on Monday with the news that T-Mobile ONE subscribers will now be able to stream HD video and will get 10GB of high-speed data at no extra charge. 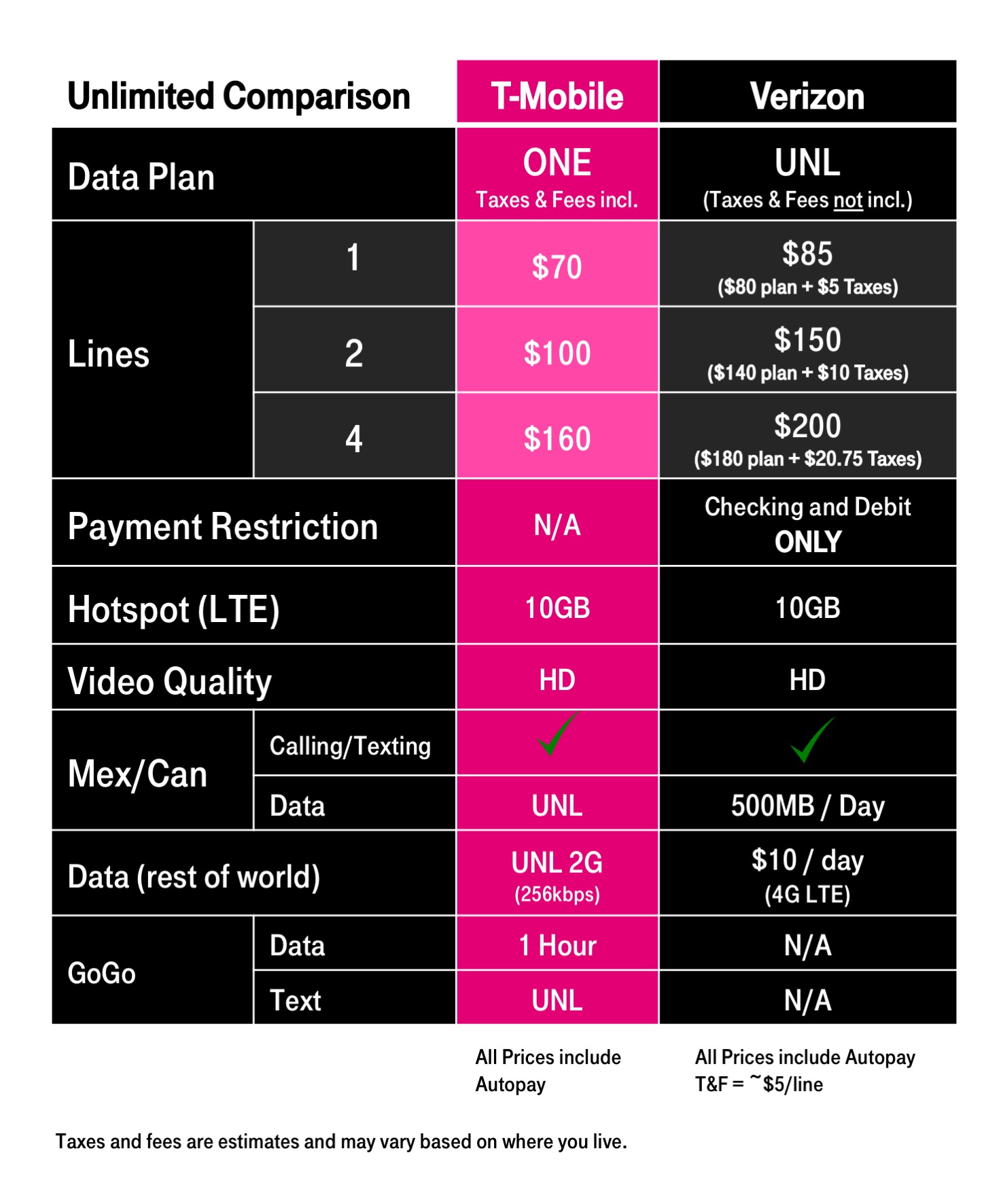 Verizon began pitching its own unlimited plan today, reversing course on all their previous rhetoric about unlimited data. And today, T-Mobile announced the addition of HD video and 10GB high-speed Mobile Hotspot data to T-Mobile ONE – all at no extra charge – and all with monthly taxes and fees included. Right on top of that, the Un-carrier introduced a new offer of two lines on T-Mobile ONE for just $100.

“I don’t blame Verizon for caving. They just lost their network advantage, and they know it … and more importantly, more and more customers know it. Their back’s against the wall,” said John Legere, president and CEO at T-Mobile. “This is what the Un-carrier does—drag the carriers kicking and screaming into the future. Next up, we’re going to force them to include monthly taxes and fees. Mark my words.”

The Magenta carrier also announced a promotion that will see them offering two lines of service with unlimited data for $100 per month. The promotional price is $20 off the usual $120 price, $40 less than two lines on Verizon’s new unlimited plan.

These upgrades are available starting this Friday, February 17, at no extra charge for customers on T-Mobile ONE. Customers can simply activate their new features in the T-Mobile app or at my.t-mobile.com. Customers will get HD quality video streaming and up to 10GB of high-speed Mobile Hotspot data per month, so they can ‘tether’ a laptop or other device to access the Internet. And, after the included 10GB of high-speed data, customers still get unlimited 3G data through the end of the month.

T-Mobile Continues to Shake Things Up

T-Mobile has played the spoiler in the wireless market the last few years, making unusual moves that have shaken up the industry, so far for the better. Bombastic CEO, John Legere isn’t afraid to use salty language, and take the battle to the public, tweeting jabs at the other carriers and their CEOs.

The new T-Mobile ONE features will be available to customers starting on Friday, February 17.